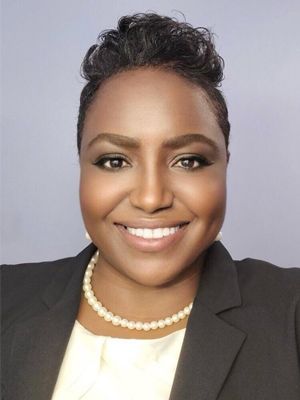 Angela Geter is the daughter of Gale Geter McBeth, Clarence Geter Jr., and Earnest “Hicks” McBeth (Sr). She was born and raised in Spartanburg, where she currently resides.

Angela is a veteran of the U.S. Air Force, having entered the service after graduating Spartanburg High School in 1990. During her service, Angela served as a medical laboratory technologist and earned both her Associates degree in Medical Laboratory Technology from the Community College of the Air Force and a Bachelor of Science degree in accounting from Troy State University. After rising to the rank of sergeant and being awarded an Air Force Achievement Medal for Meritorious service, Angela left the military and returned home to Spartanburg.

After leaving the Air Force, Angela worked in both the for-profit and non-profit sectors in financial management. Among other things, she worked in the corporate offices of Extended Stay Hotels as the senior accountant, as the Director of Finance and Operations for the Chapman Cultural Center, and as the Director of Finance for Piedmont Community Actions, Inc. In 2007, she earned a Master’s degree in International Business from Gardner-Webb University while being inducted into the Delta Mu Delta International Honor Society in recognition of academic excellence in her program. In 2013, she returned to Gardner-Webb to earn a Master’s degree in Finance.

Angela is chair of the Spartanburg County Democratic Party and served as the 2020 National Delegate for the 4th Congressional District at the 2020 Democratic National Convention. Angela also serves on the board of directors of Carolina Foothills Federal Credit Union, Kiwanis Club of Spartanburg, the Institute of Management Accountants (Spartanburg Chapter), and Spartanburg County Zoning Board of Appeals. She is affiliated with South Carolina Association of Public Accountants, American Institute of Certified Public Accountants, and the Association of Certified Fraud Examiners. Previously, she served on the Human Relations Commission (City of Spartanburg), Accommodations Tax Commission (City of Spartanburg), Breakfast Business and Professional Women’s Club, as Guardian Ad Litem, and a Juvenile Arbitrator for the Seventh Circuit Solicitor’s Office.

Currently, Angela is the owner-operator of The Budget Imperative LLC, an accounting consulting firm based in Spartanburg.

Economic Development is a priority area because in order to sustain statewide and national growth, we must rethink how we support the small business and microbusiness development that are the backbone of our economy.

Education is a priority area to ensure economic development and infrastructure investments are maximized through policies that reimagine our K-12 and post-secondary education systems in ways that produce a workforce prepared for a global market.

Angela’s approach to governing rests on the idea that every vote should reflect: fiscal reasonableness, a strong belief in federalism, and the moral imperative to govern, especially when faced with difficult decisions. This is what she believes in and how she plans to provide the best representation for South Carolina and the nation.