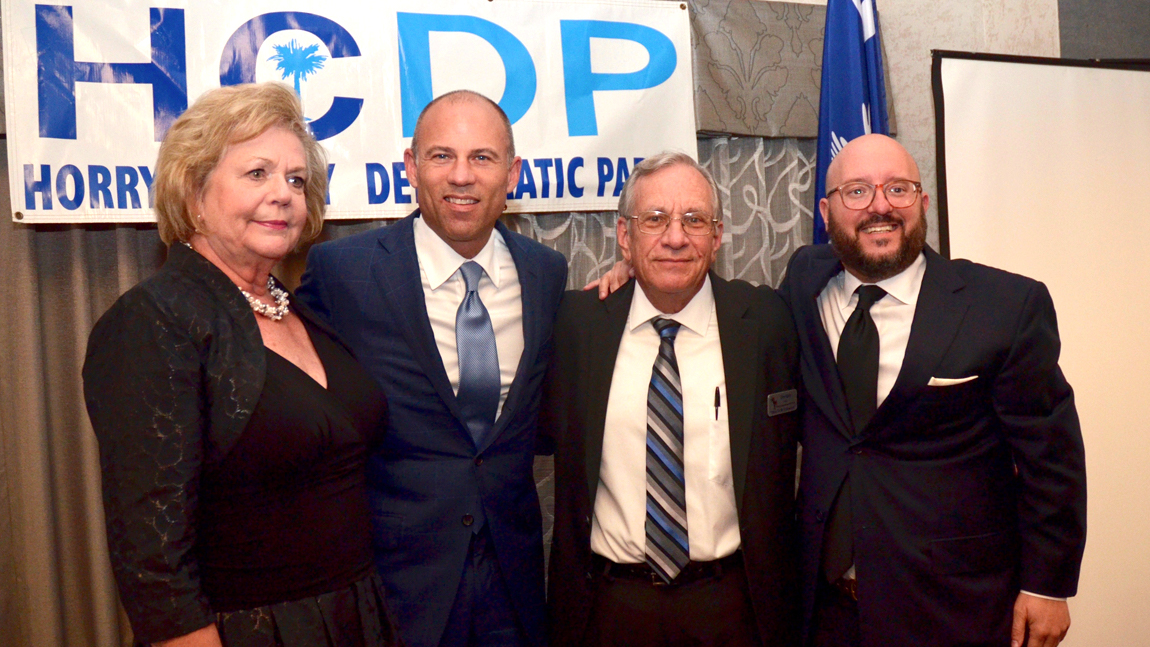 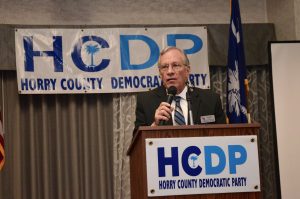 They heard a rousing speech by famed defense attorney Michael Avenatti, who called on Democrats to “be willing to do battle every day” in the fight against sexism bigotry, racism that he said typifies the Trump administration.

HCDP Chair Don Kohn said 10% of profits from the dinner will be donated to local hurricane victims. He urged Democrats to pitch in and help turn out voters on election day.

“Call the office. We’ll put you to work,” he said. “This is no time to sit back and watch.”

In his remarks, Avenetti called on Democrats to get tough and “fight fire with fire.”

“We are for our children so we can kiss them goodbye in the morning and they will return home safely from school,” he said. 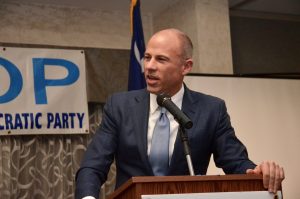 “This person, no matter how corrupt and cruel he may be, he knows how to fight,” said Avenatti of Trump. “I believe with our republic at stake, we must fight fire with fire. I say, they go low, we hit harder.” 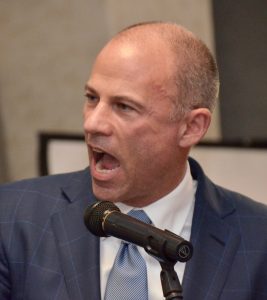 He urged Democrats to welcome back voters who supported Trump, who were “conned” into believing his false promises.

“I propose we treat them as victims of a giant con,” he said. “We must welcome these people back home if we are to succeed in the future.”

At the close of his speech, which was met with a standing ovation, HCDP Vice Chair Barbara Hake announced that HCDP will contribute $250 to the Rape, Abuse & Incest National Network (RAINN) in Avenatti’s name. 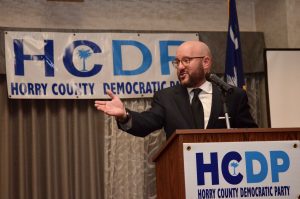 SC Democratic Chair Trav Robertson told dinner attendees that Democrats have a good chance of picking up several seats in the state legislature November 6, “but we have to work.”

The power company scandals, the GOP’s refusal to provide health care to those in need, corruption charges against state officials all are solid reasons for opposing Republican candidates and incumbents and electing Democrats.

“They simply don’t believe that we have a right to access to health care,” said Robertson. “They think we don’t care about what’s right and what’s wrong.”

Robertson said Democrats need 43% of the vote in Horry County to win statewide. He urged voters who have remained on the sidelines, including African Americans, to vote for Democratic candidates on November 6.

State Rep. Robert Williams, who is seeking the SC District 7 seat in Congress against Republican incumbent Tom Rice, said the Trump administration is threatening our democracy.

“Your liberty and freedom that I fought for has been diminished by the people in Washington. We’re in a fight and we’re going to win.”

Rosalyn Glenn, Democratic candidate for state treasurer, said that earlier Saturday she was with Democratic gubernatorial candidate James Smith and former Vice President Joe Biden in Charleston. She noted that Biden said that “we’re in a fight for the soul of our democracy.”

“I’ve never run for office before and this is a little frightening to me,” she said. “However, it’s not any more frightening than losing the soul of our democracy.”

Added Glenn, “We have to care for each other. We’ve got to do this together. If we do, we win. I’m very optimistic that the Blue Wave is coming.” 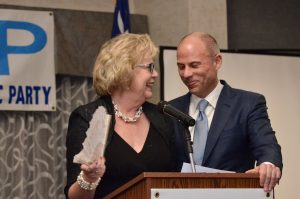 HCDP Vice Chair Barbara Hake did a masterful job Saturday evening as MC of the Shore fundraising dinner, a sold-out event that she chaired.

A highlight of the evening was a special invocation presented by Rev. John Abrams, Waccamaw Indian Spirit Keeper.

She said this unusual invocation was selected “because of the evil in the White House who has complete disregard for our earth.”

In his invocation, Rev. Abrams, using an eagle feather and clay smoke pot as props, stressed the importance of preserving our earth, taking little from it, and returning more than we take.

Throughout the course of the evening, Hake mixed softness and determined toughness with wit as she introduced speakers and thanked all who attended and supported the event.

By Barbara Sloan On May 8, 1966, a rainy Mothers Day, Dr. Martin Luther King, Jr., spoke to a mostly African-American audience in the small town...

By Bob Gatty Eight generations ago, a young woman was forced aboard a slave ship bound for America. Her name was Hanna Hemingway, and today her...

President Biden Follows Through on His Commitment to Healthcare For All

By Leslie Kerr Within the first three weeks of his administration, President Joe Biden has signed 25 executive orders, including the “Buy American...