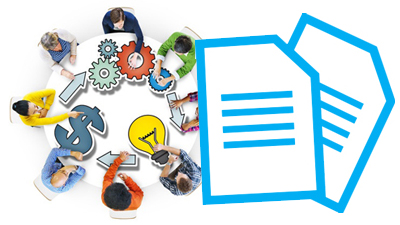 
Tips for writing an effective “Letter to the Editor” or Editorial 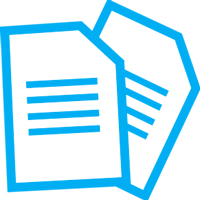 News media – whether newspapers, magazines, online publications, or television news broadcasters – all set aside certain sections for public feedback. They are effective forums for getting your message out to a wide audience. Your letter to the editor in a regional or local news outlet can be read by community members, activists, government officials, and even legislators. Editorials are a way to voice your opinion, announce an event, show agreement or disagreement, or make a note about a correction in a news story.

Writing your own editorial can help generate interest in our work and lets other people in the area know that someone else may feel the way they do. If you think that an issue is so important that you have to speak out, you may be able to persuade others to take a specific action.

An editorial or letter can help to:

Keep in mind that most news outlets do appreciate the public’s feedback. They like to share engaging topics for discussion and a differing opinion from others’ viewpoints. Look for news sources that provide fair, non-biased coverage of all stories.

To maximize your chances of getting published, always include your full name, address, and phone number so that the publisher knows that you are a real person. Include your title as applicable to show that you are not trying to hide your interest in the topic. If you are a Director or a Doctor and you avoid mentioning that in your letter, it could be viewed as questionable by the editor for your failure to reveal it. If published, they will often only include the author’s first name and their hometown or location.

Review your letter and edit it for clarity and length because priority will be given to letters that are 150 to 300 (or fewer) words. Keeping it short, and to the point will help ensure the message is heard.

Avoid profanity, personal attacks on anyone, or anything that proves to be libelous. Include real facts and data and avoid outright endorsing a particular business as that can be seen as simply an advertising tactic.

Opening statements are very important and they should tell the readers what you are writing about in order to entice them to want to read more. You can maximize your chance of being published by removing non-essential words and phrases that are obvious and waste valuable word space.

Focus on a main important point and use local statistics and personal stories to better illustrate your stance. Carefully check your original sources and avoid repeating “facts” cited in other media outlets that may not have been proven. You can use your letter to directly respond to a recent article of breaking news that was published a few days prior.

When writing to your local news publishers, kindly follow up with a polite phone call or email about the status if you do not see it appear within 4 to 5 days – just to ensure that it was received and considered.

You do not have to go it alone – letters are often published with multiple authors or signers. Several people may write similar letters on the same issue as well, so that the topic stays on the news page for a little bit longer period of time.

If your letter is not accepted the first time, try a revised version with a slightly different angle on the issue at a later date. Concentrate on writing in a proper tone and with verbiage that will be easily understood by the audience for which it is intended.

Most publications stay away from publishing actual rants; however they may allow concise letters that bring up the same points as a rant might – just in a much calmer and more rational manner. News outlets and publications will tend to avoid attacks on particular people but can allow criticism of the actions of public figures and politicians. Avoid anything that could be even slightly construed as libel.

Here is a basic example of a short Letter to the Editor:

Nearly one out of five residents in South Carolina’s 7th Congressional District receives Social Security. Social Security is the only retirement income for many seniors and for others, it’s the only thing between them and poverty.

No one is getting rich from the Social Security nor is it a free ride. Throughout their working lives, these seniors paid their payroll taxes into Social Security and their benefits must be safeguarded.

Democrats in the 7th Congressional District will fight to protect Social Security now and into the future. Democrats support increasing the cost of living benefit so that seniors can afford healthcare expenses, food and rising utility costs. Democrats will also oppose any proposals to privatize Social Security.

Protect Social Security by voting for Democrats on Election Day.

Below is a reference list of some of the news outlets in or around Horry County: