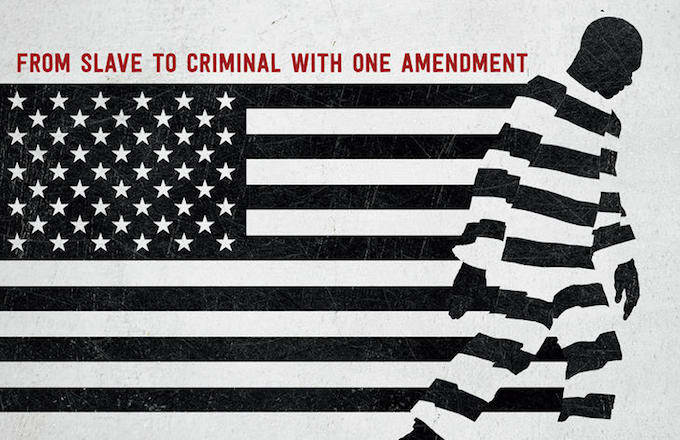 “13th” is a thought-provoking documentary about the criminalization of African Americans and the U.S. prison boom. Scholars, activists and politicians analyze the history of race and the criminal justice system in the United States, especially the hard fact that of all the people in the world who are incarcerated, 25 percent are imprisoned in America.

The film will be shown Friday, April 21 at 7:00 pm at Unity Church of Myrtle Beach, located in Surfside Beach. The cost is $10 per person. Doors open at 6:00 pm for pizza, popcorn and beverages.

The title refers to the 13th Amendment, which abolished slavery and involuntary servitude in 1865. It was created by filmmaker Ava DuVernay, director of the 2015 academy award-nominated film Selma.

“Every person who is in prison is not a criminal, all crimes are not created equal, and all sentences are not equal,” says Bennie Swans, HCDP Chair. “The idea behind ’13th’ is to help people understand that context so we don’t make uninformed statements, and working instead from a place of knowledge, we can try to get to a place where we just do better as Americans.”

Swans will lead a community dialogue after the screening. A well-known and widely respected community activist who works on anti-violence and youth projects, Swans is active in the search for answers and resources in the current opioid drug epidemic, and as a leader of the Carolina African American Heritage Foundation.

Seating is limited, so reserve early. Tickets can be purchased online at the Unity Church website.