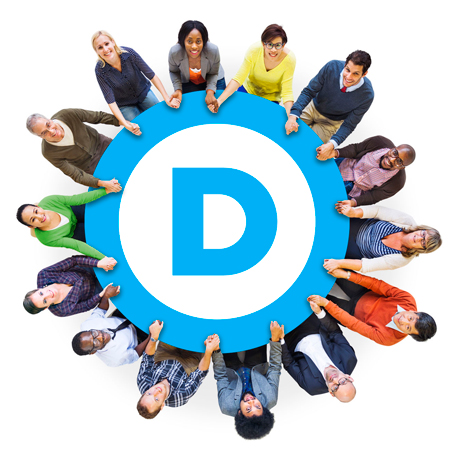 Horry County Democrats build the Party from the ground up, starting with the local precincts. The precinct level – where people live, raise their families, and vote – is where elections are won or lost.

HCDP aims to organize all precincts in Horry County. Every two years (in even-numbered years), the Party conducts a “Precinct Re-organization”, when local residents gather to select individuals to organize and represent their neighborhood. Two key roles are Precinct President and Precinct Executive Committee (EC) Member.

Shortly after the Re-organization, all precinct officers meet at the County Convention to choose county-wide officers and representatives to the state party, as well as delegates to the annual state convention in Columbia.

Join us and make a difference!


“Our future cannot depend on the government alone. The ultimate solutions lie in the attitudes and the actions of the American people.”

Democrats across the nation stand for economic and social progress in order to build a prosperous, secure future for all Americans.

Jobs and the Economy

Democrats fight to support and protect:

All people regardless of race, ethnicity, faith, and ability