We hear it all the time. Every day. “Focus on Russia.” We beat ourselves up over getting distracted. We grit our teeth. But then a whole new atrocity gets our attention and we get “distracted.”

I honestly had a hard time figuring out where to start my remarks. There are so many overt and egregious human rights violations that have been a direct result of this Administration’s policies. There will be more to come. 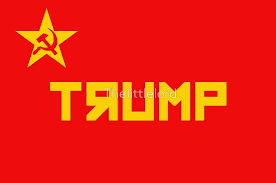 But today, for this March, the focus is Russia, and more specifically, its ties to the Administration. So let’s talk about human rights in Russia. Specifically, women’s rights.

The Duma recently passed a law where “one strike” or first time domestic violence offenders will not be criminally punished unless the woman suffers dire physical consequences. This is bad for women. This is bad for families. And this is bad for Russia. In a country where 14,000 women die at the hands of their partners and well over half a million women per year are abused, this is not a step in the right direction.

In the U.S., 33% of women are abused by their partners at some point in their lives. Intimate partner violence makes up 15% of all violent crime. And right here in Myrtle Beach, there are exactly zero shelters for women trying to escape domestic violence.

The White House has outlined $15.1 billion in budget cuts to Health & Human Services, which oversees the Office on Women’s Health, and another $1.8 billion from the Department of Justice, which runs the Office on Violence Against Women and its 25 grant programs. The goal here is clear, even if not clearly stated:  defund the Violence Against Women Act. VAWA isn’t just a nice idea. Since it was instituted, domestic violence rates have dropped 64%, thanks largely to the legal services and housing assistance offered through VAWA.

Cutting VAWA says the same thing to American women as the new law in Russia says to Russian women: “You are a bargaining chip. We will sell your rights to the highest bidder. Your lives have always been expendable.”

I can see the skepticism in your faces. I mean, the U.S. isn’t really going to adopt Russian law, right? So how does all this tie to Russia? These cuts are being made so defense spending can be increased by over half a trillion dollars. 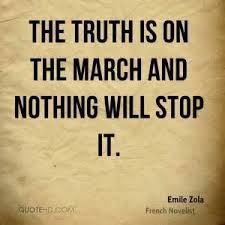 or what? Why do we need suddenly to invest so heavily in the military? America First, right? In whose interest is it for us to bloat our military, and more horrifyingly, to increase our nuclear arsenal?

This is not a debate about ideology. This is not a pursuit of the truth just for the sake of knowledge. If Trump and his cronies have been blackmailed, boosted, and bought by the Russians, we have to know about it. Because it’s not America being sold to the highest bidder; it’s the rights of you and me that are being jeopardized every day by a man and an Administration that places power and self-aggrandizement and accruing personal wealth over basic human rights. It’s about gay people and women and people of color and differently-abled people and immigrants and people with physical and mental illness and all us poor saps who make less than $250K per year. An Administration beholden to Russia, its dictatorship and laughable record on the environment and human rights, is a threat to everyone. 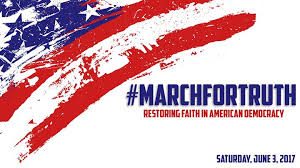 If our election was hacked, if our president is making money off secret dealings with unfriendly nations, if our leaders are being blackmailed, if the corruption being reported is even half as extensive as we think, then we have to know. And the only way we are going to know is to put pressure on our leaders to commit to an investigation, to quit blocking the release of Trump’s tax returns, and to put the sovereignty of this nation ahead of their personal ambition and insatiable quest for personal wealth.

I could stand up here and talk for two hours about issues other than Russia. I could do an hour alone on how limiting a woman’s access to affordable birth control is a direct result of white supremacy, and I won’t apologize for thinking those issues are important. I’m certainly not going to diminish their importance by calling them “distractions.” Because all these issues are important. They are ways to engage people. They are ways we can put pressure on our elected leaders. They are avenues we can use to get to the truth.

I started by talking about women’s rights, so that’s where I’ll end it. My rights, my financial independence and bodily autonomy are in jeopardy because of this Administration. I’m fighting for an investigation into their connection with Russia because I can’t stand the idea of being a pawn, of being something Trump can use as a token of appeasement to his Russian puppet masters to buy him one more month of goodwill. The March for Truth didn’t start today, and it won’t end today. We will keep fighting, and we will win. Because liars, cheats, and traitors operate solely out of fear. The people who are afraid of the truth are afraid for a reason. Go out and be seekers of truth, and remember the greatest threat to anyone who stands in your way is accountability, and you have the power to hold these people accountable.

Nicole Angeleen is a writer from Shawnee, Kansas. She has a BA in English from Coastal Carolina University and a Master’s of Social Work from the University of Kansas. To learn more, visit www.nicoleangeleen.com. These remarks were delivered at the March for Truth, Sat. June 3, Valor Park in Myrtle Beach. See TV coverage here. 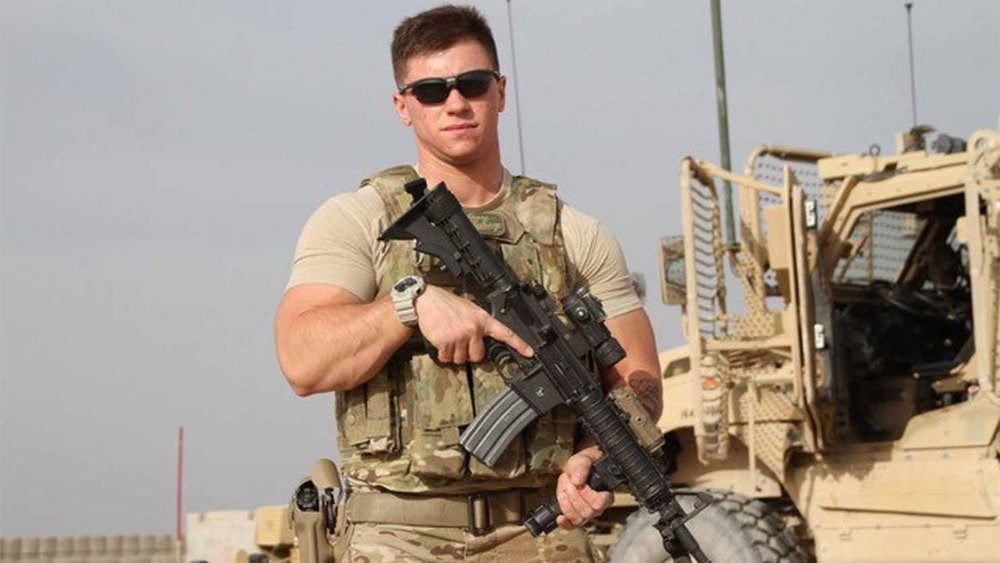 Medicare for All? The Debate Begins