State Rep. Robert Williams and educator Mal Hyman will square off June 26 in a runoff election for the Democratic nomination to challenge U.S. Rep. Tom Rice (R-Dist.7) in the November 6 general election. 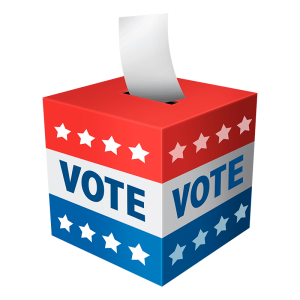 It is essential for Democrats to vote in this special election. The results will determine who will be the Democratic nominee in our effort to unseat incumbent GOP Rep. Tom Rice. Please…do not stay at home and allow others to make this choice. This is your chance to help make an exceedingly important decision for our party.

Anyone who voted in the Democratic primary on June 12 is eligible to vote in the runoff, as are people who did not vote in either primary on June 12.  According to a representative of Horry County Election and Voter Registration Commission, in-person absentee voting will begin on either June 18 or June 19. You may wish to call the Commission at 843.915.5440 before going to there if you want to vote before June 20. Allowable reasons for in-person absentee voting are here.

Williams led the four-man field in the June 12 primary election with 41.3 percent of the vote, while Hyman, a long-time educator from Hartsville, finished with 29.7 percent. Fifty-percent plus one was needed to avoid a runoff.

Rounding out the field in the District 7 Congressional race were attorney Bill Hopkins at 17.8 percent and Dr. Bruce Fischer at 11.2 percent. A total of 34,086 votes were cast in the Democratic primary for Congress.

Two years ago, Hyman was the Democratic nominee for the 7th District Congressional seat and was defeated by Rice. Since then he has worked hard to sharpen his message and has run an aggressive, positive campaign.

“I have called South Carolina home for nearly 30 years, and have devoted that time to my family, my community, and the future of South Carolina through community service and teaching,” said Hyman.

“I am running for Congress because I believe Congress has a responsibility to invest in America to create more jobs, opportunity, and security. I believe that every person in South Carolina has the right to be fully and equally represented in the eyes of the nation.”

Hyman joined the faculty of Coker College in 1986, teaching Sociology and Political Science. He was recognized as a Coker Master Professor three times, received the Governor’s Distinguished Professor Award and the Algernon Sydney Sullivan service award.

Hyman also has taught government and economics at the South Carolina Governor’s School for Science and Math and is the author of a new book, “Covering High Treason: Media Coverage of the Assassination of President Kennedy.” He lives in Hartsville with his wife, Carole Hollway, an attorney with the Department of Social Services. They have two daughters and two grandchildren.

“Today I stand before you with a new set of war clothes, ready to fight to Washington, and I will continue to fight for all the people who believe that we can do better because we must do better,” said Williams. “The future demands that we do better, because our children and our grandchildren are at stake. They depend on us.”

Williams grew up in the Pee Dee, where he was taught strong family values and the importance of respecting others. He decided to seek public office and was elected to the State House of Representatives in 2006, representing parts of Florence and Darlington Counties, and has been re-elected six times.

Williams is married to Janice Ham-Williams, has three sons, and is also the grandfather of two boys and one girl. He is active in his community where he serves on numerous boards and advisory committees, and his church, where he serves on the Administrative Leadership Team.

“This was a terrific primary and I want to extend my congratulations to these and all of our other Democratic candidates for running strong and positive campaigns,” said Kohn.

“We look forward to the runoff and then HCDP will work hard to support our Democratic candidates as we seek to ride the Big Blue Wave in Horry County and South Carolina,” Kohn added. “Please vote in the special election June 26.”