Demonstrating the true colors of the Trump administration, the Consumer Financial Protection Bureau (CFPB) has proposed rescinding rules for payday loans, car-title loans and small-dollar forms of credit, thus deepening the quicksand of such borrowing for desperate consumers. 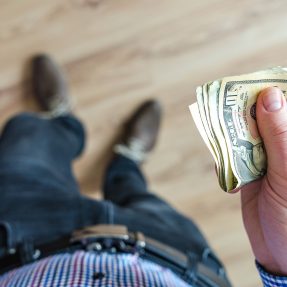 The agency’s action would kill a rule issued by the CFPB during the Obama administration to require lenders to make sure borrowers are able to repay their loans. It was to take effect Aug. 19, but the industry challenged it in court.

Now, to justify its action, the bureau contends that eliminating that requirement would make it easier for consumers to obtain credit, ignoring the fact that the high cost of those loans, which average 391 percent for a two-week loan, can easily lead vulnerable borrowers into the quicksand of never-ending debt–all to the lenders’ benefit.

“The proposal to rescind the 2017 Rule for payday and vehicle title loans before it can be tested in the ‘real world’ seems not to be in keeping with the reason the CFPB was established–to protect consumers in the marketplace,” said Cathy Bowen, who has worked for several decades as a consumer and financial educator.

“Why wouldn’t lenders want systems in place to reduce the risk of making loans to consumers who are not positioned to repay them in a timely manner? Payday and vehicle title loans are costly ways to borrow,” she stressed.

“Educating consumers about the pros and cons of using these borrowing options may be the best defense in the absence of laws and rules that prevent lenders from increasing their bottom line at the expense of uneducated consumers,” added Bowen, a North Carolina native who now makes her home in State College, PA.

State law in South Carolina sets $550 as the maximum payday loan amount for up to 31 days before it must be repaid. The maximum finance rate and fees is capped at 15 percent of the principal amount, meaning the lender may charge up to $15 for a 14-day loan of $100. That works out to an annual percentage rate (APR) of 390 percent.

In its announcement, CFPB said it “is concerned that [the Obama administration’s] provisions would reduce access to credit and competition in states that have determined that it is in their residents’ interests to be able to use such products, subject to state-law limitations.”

“The CFPB’s latest proposal will leave struggling borrowers vulnerable to falling further behind by giving payday and other high-cost lenders the green light to continue trapping them deep in debt,” said Suzanne Martindale, senior policy counsel for Consumer Reports.

However, the agency made it clear in court documents that its priorities are to protect lenders, not consumers. In those documents, the CFPB argued that payday lenders would suffer “irreparable harm” from the 2017 final payday rule and that it was “in the public interest” to reopen the rule-making.

“Lenders throughout the market will face substantial decreases in revenue once the Rule’s compliance date takes effect, which will lead many to exit the market,” the agency said in a motion.

In November, a federal court suspended the August 2019 compliance date for key parts of the original 2017 rule, since the bureau under then–acting Director Mick Mulvaney had said it planned to propose changes in January.

The CFPB has been overseeing the $38.5 billion payday industry since its inception in 2011. During that time, payday lenders have fought all federal efforts to regulate the industry. Two payday lending trade groups sued the CFPB last year to invalidate the 2017 rule claiming the bureau cherry–picked research to support tough restrictions on lenders.

“The newly proposed payday loan rule is a crucial fix to a regulation that threatened access to credit for millions of Americans who need to cover emergency expenses between paychecks,” Daniel Press, policy analyst at the Competitive Enterprise Institute, said in a statement.

The Financial Service Centers of America (FiSCA) called the possible rollback of regulations a “thoughtful proposal.”

Surveys suggest 10-12 million American consumers get payday loans every year, despite warnings about their high cost.

There are other ways to find debt relief without resorting to payday loans, such as community agencies, churches and private charities, which are the easiest places to try. Even high interest credit cards provide far cheaper options than do payday loans, the experts say, and credit unions are great resources as well.

The proposed CFPB change is open to public comment for 90 days.

“The Bureau will evaluate the comments, weigh the evidence, and then make its decision,” said Kathy Kraninger, bureau director. “In the meantime, I look forward to working with fellow state and federal regulators to enforce the law against bad actors and encourage robust market competition to improve access, quality, and cost of credit for consumers.”

To let the CFPB know how you feel about its proposal, here’s what to do:

Electronic: regulations.gov. Click the link for “Advanced Search,” then under agency look for “CFPB.” Follow the instructions for submitting comments.

Meanwhile, here’s a great resource that explains just how payday loans work. If you want to know more, check it out.