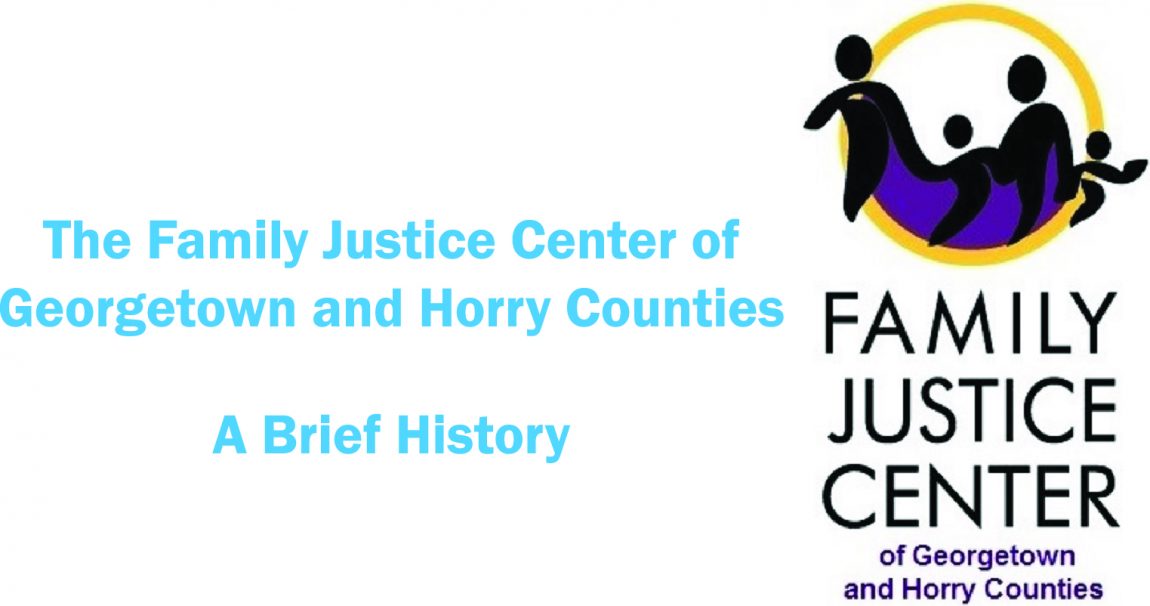 By May of 2006 there had already been three domestic violence (DV) murders in the Georgetown-Horry County area. Georgetown County alone had experienced about 500 adjudicated DV cases that year.

In light of these alarming events, the organization that provided shelter and some adjunct services for victims of domestic violence made an impassioned plea:  they desperately needed help from the community to support their over-burdened system of service delivery to these victims and their families.

The League of Women Voters decided to take on this challenge and began by conducting a forum discussion to include law enforcement and service providers, open to the public, at the Georgetown County Sheriff’s Office. Many of the frustrations faced by victims of domestic violence looking for basic services became apparent at that meeting, sometimes voiced by the victims themselves.

An ad hoc committee began to organize monthly meetings designed to inform and educate its members, inviting guest speakers from each of the DV service organizations, from the courts and from law enforcement. The committee was soon in awe of the enormity of the problems confronting victims seeking help. Where and how to begin to tackle such a complex issue?

One committee member offered a book called “Help for Hurting Families,” which outlined the concept and creation of a model agency, a Family Justice Center (FJC), already open and serving victims of domestic violence with remarkable success in San Diego. A second book soon followed by the same authors, which included a step-by-step template for how to go about opening a FJC in your own community.

A decision was made by a core committee of five people to adopt this model, and to form a 501(c)(3) with the express purpose of opening a Family Justice Center in Georgetown County. They received their non-profit status from the IRS in June 2007 as Safe Families Initiative (SFI).

Phase One of a FJC

Although at that time there were about 65 FJC facilities operating in the US, mostly sponsored by local government, Safe Families quickly discovered they were on their own. They obtained the use of an office in Georgetown, began putting a Board of Directors together to build the non-profit, all the while raising money to get the project off the ground. Safe Families also provided pro bono office space and an office manager to the staff of the local shelter agency. 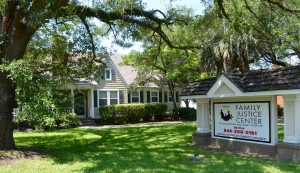 In April 2010, Safe Families signed a lease-to-buy agreement on a 7500-sq. ft. building in the city of Georgetown requiring a lengthy renovation which was only accomplished through a huge outpouring of community support. In January of 2011 the doors were opened…the mission had been accomplished in four years!

As of 2012 a staff of seven operated the facility and provided comprehensive, on-going services for domestic violence victims including counseling, legal advocacy and court advocacy. While FJC received a few foundation grants, funding and operating requirements were provided primarily through private local contributions and donated labor and materials.

In 2012 over 350 clients were served. The following year (2013) the FJC served approximately 600+ victims. In the meantime, local law enforcement had experienced a reduction in CDV calls and the FJC received state and federal monies.

In April of 2013, and with an additional staff of five, the FJC began operating the only shelter in Georgetown County for victims of domestic violence.

Since 2013 the FJC has experienced a period of exponential growth! Support from the community has increased significantly and, with the addition of a part-time grant writer, the organization has been able to access many more sources of support from corporations, faith communities, state and federal funds, and private foundations.

During 2016, the organization changed its name to “Family Justice Center of Georgetown and Horry Counties.” This came about because of the increasing number of victims seeking services from FJC since, currently, there are no like services in Horry County. It became increasingly clear to the Board and the Co-Executive Directors that we would need to expand our services into this region, as many victims were going without help. 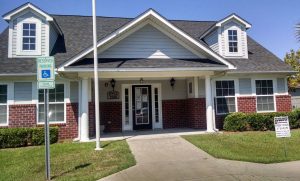 Also in 2016, FJC opened a “satellite” office in Myrtle Beach. The building was donated to this organization by a generous supporter and, within a few weeks, FJC was providing counseling, crisis intervention, court advocacy, and case management to those in need.

In addition, FJC opened a “Resale Boutique and Tea Room” in Andrews, SC, a nearby small town in Georgetown county. Andrews is a rural and highly underserved area and the “Boutique” is a wonderful outlet for the many donations that are received but are not used by clients. It provides the organization with a “presence” in this area and FJC provides counseling and crisis intervention to many victims in Andrews because we have a small office in the back of the shop. This allows clients to seek services in a very confidential and private manner. Given the poor public transportation in this area, clients in Andrews often have a difficult time getting to Georgetown. Therefore, the organization has taken the services to them!

This incredible expansion has resulted in an increase of our staff to 17 employees, and in 2016 FJC served 957 clients – an increase of approximately 170% from 2012.

Obviously, the dedicated board, staff and Executive Directors are determined to provide excellent services to victims of domestic violence and their children and will, without fail, go the extra mile to ensure victim safety and well-being. The need is obvious and the commitment to meet that need is strong and unyielding. Together, we provide comfort, safety, healing, and care to the families we serve.

By Bob Gatty In nearly five decades of covering and being involved in politics, never have I seen more disgusting tactics being employed by one...

By Steve Hamelman On the morning of November 4, 2020, I hope I awake to find that a Democratic candidate has been elected as the 46th President of...

By C J Waldron On January 6, 1941, Franklin Roosevelt delivered what became known as “The Four Freedoms” speech. It was later illustrated by...

By Don Kohn What must it be like to be a Republican in Congress these days and have to accept, even endorse, the racist rants of President Donald...