MYRTLE BEACH, July 29 – “He was a quiet man who had no trouble being heard. We will not see his like pass this way again.”

Bennie Swans, chairman of the Horry County Democratic Party, joined with dozens of civic, political, government, and religious leaders across the region to mourn the passing of former County Councilman James R. Frazier, 78, who passed away at home on Wednesday in the arms of his loving wife Jackie  and his family.

Frazier, who represented Horry County’s 7th District from its first day in 1980, the year the council was first apportioned into individual-person districts, until March of this year when he formally retired for health issues.  He was the council’s longest serving council member, a 35-year record unlikely to be broken any time soon. He was also the Horry County Democratic Party’s first African-American chairman, elected in 1986.

Born and raised in the Bucksport community, Frazier retired after 23 years of service with the South Carolina Department of Agriculture, working in the weights and measures division as a consumer affairs specialist, insuring that scales in stores throughout the county were accurate and that gasoline pumps dispensed true and accurate measurements. He was also a farmer who raised a few cattle and traveled up and down the east coast, selling produce and eggs from the backyard “egg factory,” as he called the family chicken coop.

One of the highlights of Frazier’s career came in the winter of 1977 when he got a call from the White House and President Jimmy Carter – himself a farmer — inviting Frazier to join with four other farmers throughout the nation to meet with Carter over lunch to discuss issues related to smaller farms. On Monday, March 21, 1978, from 1 to 2 p.m., Frazier joined a Vermont dairy farmer, a Texas cotton farmer, a Washington state wheat farmer, and an Iowa cattleman for bean soup, club sandwiches and iced tea in the Roosevelt Room with President Carter and Vice President Walter Mondale. Frazier’s selection as a participant in this meeting was arranged via the office of South Carolina’s long-term Congressman John W. Jenrette Jr.

Frazier also served on the South Carolina Association of Counties’ Board of Directors since 2006 and was appointed president in 2015. For his long service to Bucksport and to Horry County, Frazier was honored in 2008 by becoming the namesake of the James R. Frazier Community Center, 1370 Bucksport Rd., Bucksport.

Swans said Frazier was a staple of the local party and leaders of color-blind race relations. “It was just amazing that after dealing with the Jim Crow laws, he was able to work side-by-side with the council people, and not just for Bucksport, but for all of Horry County,” Swans said. “He’s going to be sorely missed.”

Tributes from Officials and Candidates

“We mourn the passing of a patriot, who put our community above himself,” said Mal Hyman, Democratic candidate for the 7th Congressional District that includes Horry County.  “He practiced love and pragmatism to build bridges and fight for justice.”

Harold Phillips, Frazier’s cousin who was elected to the 7th district council seat in a special election earlier this month, acknowledged that he has some big shoes to fill. “I tell people, ‘I’m not Mr. Frazier, but I’ll do whatever I can,’” Phillips said. “James was a people person, a public servant who worked for the people of the district, and of the county. It’s a very sad loss. He’ll be missed.”

With Frazier as his mentor, Phillips said the greatest thing he learned was how to be patient and work hard to get things done. “Frazier was a quiet, peaceful man who was friendly to everyone he met,” Phillips said. “Not only did he know everyone in his district, but knew most of the people in Horry County. I don’t think he had any enemies.”

“James was one of the first Democrats I met when I moved to Myrtle Beach in the mid 1980’s,” said Sally P. Howard, the HCDP’s state executive committeewoman, who was in Philadelphia attending the Democratic convention.  “He was the party chair and I can remember my first party meeting in the County Building on 21st Avenue in Myrtle Beach.  He was kind and welcoming to me as a new resident. He will be missed as a Democrat, a public servant and a fine man.”

Frazier served on the council for many years with Republican Liz Gilland, former County Council chairwoman from 2003 to 2010. “As a council member, he represented his community with great fervor,” she said. “At council meetings, James didn’t talk a whole lot, but when he did, we all listened.  He often brought the conversation back to a congenial place if it had gotten heated.”

Horry County Councilman Harold Worley said everyone misses Frazier’s friendship and advice. “He really believed his job on council was to work with others to make all of our lives better,” Worley said. “He was a real statesman.”

“Horry County, and the state of South Carolina, lost a great man and public servant today, with the passing of former Horry County Councilman James R. Frazier. He served his life serving us, and touched the lives of everyone he encountered. I want to thank his family for sharing his time on earth with us and making our community the wonderful place it is today. Job well done, Mr. Frazier. On behalf of the members of Horry County Council, our thoughts and prayers are with his wife, Jackie, and all his family and loved ones today.”

“One of the things few people knew about him,” Kimberly said, “was he was quite the comedian. Oh, his one-liners! They would make you fall over laughing, even in his [final] illness, when you least expected it.”

Frazier is survived by his wife of 57 years, the former Jackie Hill of Scotland Neck, North Carolina, who was a young nursing student at Greystone Park Hospital in Morris Plains, New Jersey, where Frazier was employed as a cook soon after his graduation from Whittemore High School in Conway. According to family members, it was “love at first sight” and the couple were married in 1959. They lived in Newark for several years, and their first child, Michael, was born there. Jackie worked as a nurse at Beth Israel Hospital (now Newark Beth Israel Medical Center) in Newark, NJ. After the family moved back “home” to Bucksport, where daughter Kimberly was born, Jackie worked for the South Carolina Department of Health and Environmental Control.

In addition to his wife, son and daughter, Frazier is survived by a brother, Eugene Sindab of Henderson, TX, and three sisters, Edna Norton of Baltimore, MD, Cindy Darlene Gowans of Conway, and Joanne McCray of Florence, SC. He was preceded in death by four brothers, Eddie Frazier Jr., Todd Kelvin Frazier, Benjamin “Joe-Joe” Sindab, and Willie Sindab Jr., and by a sister, Ambrilla “Brill” Maddox.

Frazier was the son of the late Alma L. Phillips Sindab and Eddie Frazier Sr., and stepfather Willie Sindab Sr.  Frazier is also survived by two granddaughters and four grandsons, one great-grandson, 15 nieces and 10 nephews.

Funeral services will be held Tuesday, August 2, at Friendship Baptist Church, 1111 Grainger Rd., Conway. Viewing will begin at 12:30 p.m. in the church sanctuary, followed by the service at 1 p.m. Following the service, a public fellowship and repast by community members  and friends will be held at the James R. Frazier Community Center, 1370 Bucksport Rd., Bucksport. 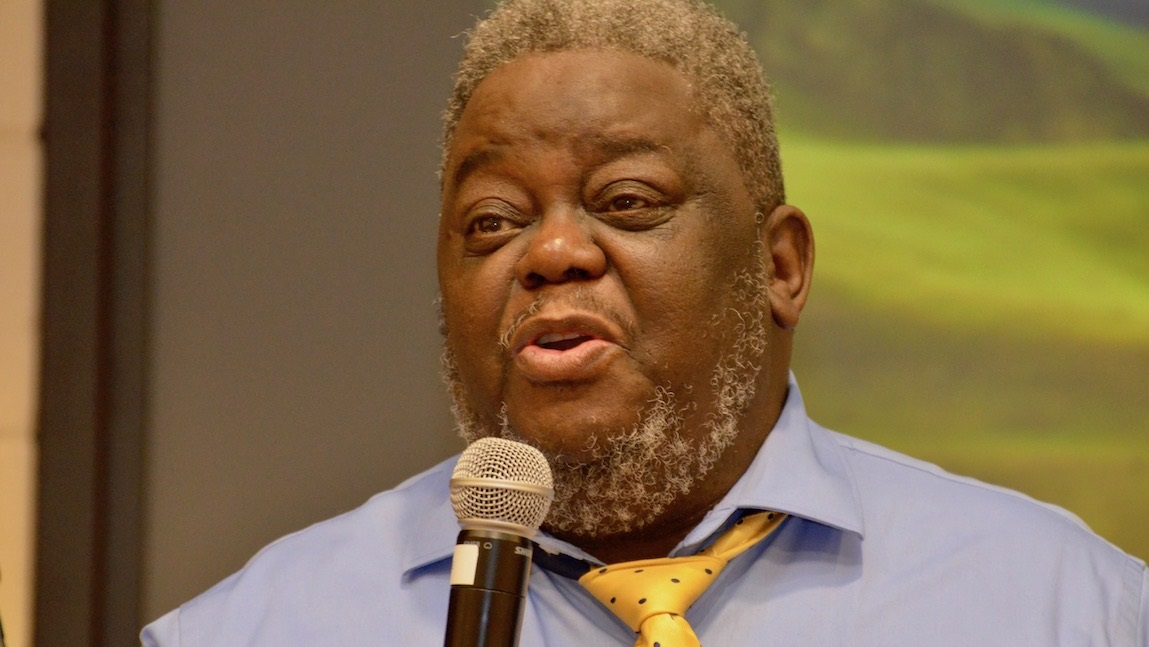 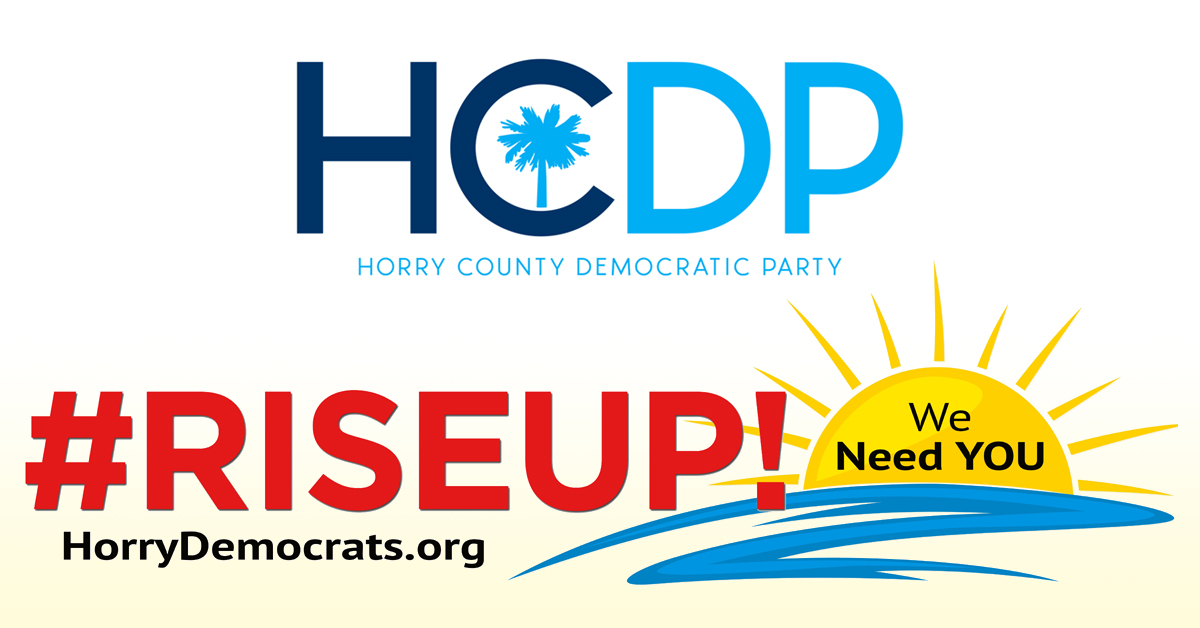