“Fight we will, and fight we must,” Harris told the cheering standing-room-only crowd. “This is a fight we will win.”

Harris ripped into President Trump, saying he is a “predator”, defining such a person as one who preys on the vulnerable and who they perceive to be weak.

The California senator promised to fight to improve the lives of everyday Americans, noting that the Republican tax cut has resulted in the wealthy getting wealthier at the expense of the average American, pointing out that some wealthy corporations paid zero taxes this past year.

“Who here paid no taxes?” she asked.

To sustained cheers, she promised to make a federal investment in teachers’ pay, provide a $6,000 income tax credit for Americans earning less than $100,000 per year, fight climate change and for healthcare for all and sensible gun laws.

Regarding climate change, Harris said, “Instead of a president who pushes science fiction, we need a president who supports science facts,” adding that she would restore America’s participation in the Paris Climate Accord, which Trump has scuttled.

She blasted Congress and Trump for failing to enact sensible gun laws, even after all of the tragedies that have taken place resulting in school children fearing for their lives and wondering why they must do live shooter drills.

“It’s fine if you want to go hunting,” she said, “but we need reasonable gun safety laws in our country. When elected, I will give Congress 100 days to put a bill on my desk and if they do not, I will be prepared to take executive action for comprehensive background checks.” She said gun dealers who violate the law would have their licenses revoked and the importation of assault weapons would be prohibited.

While supporting strong borders, she said America’s immigration policies must not separate families and called for an end to for-profit detention facilities such as those used by the Trump administration. She promised to protect young immigrants brought to the U.S. by their parents from deportation, as President Trump has sought to do.

“We need a president who has some interest in the lives of people other than himself,” she said to loud applause. “We are a nation that was built by the people and for the people, and therein lies our strength.”

A former prosecutor, Harris said the challenge now “is to prosecute the king against four more years of Donald Trump.”

The president, she said, has “betrayed the American people,” making false promises and trying to do away with the Affordable Care Act. In answer to a question about Medicare for All, which has been advocated by some Democratic candidates, Harris said she supports making affordable healthcare available to all Americans, but a move to towards Medicare for All would have to be achieved over a transition period.

In answer to another question from 17-yeaer-old Helen Bass, of Myrtle Beach, Harris said she has opposed the death penalty for her entire career, but she said she “will never apologize” for prosecuting people who commit rape or murder.”

HCDP Chair Don Kohn, warming up the crowd before Sen. Harris arrived, said the 2020 election will be “the most consequential in history.”

Blasting Trump, Kohn said, “Day after day we have the same nonsense coming from the White House,” to the point where he wants to throw something at his TV. The crowd cheered, and a chant to “Lock him up” could be heard.

Kohn called on Democrats to “take a stand,” register to vote and vote. “We need your help,” he said. “United, we can do a great job and we can win this election.”

Following Sen Harris’ remarks, many in the crown surged forward hoping to shake hands and take selfies with the candidate,  who remained for several minutes to oblige.

“She brought me to tears several times,” said Barbara Jannarone, of Conway. “I have children, grand children and a great grandchild and I’m married to a black man,” she said. “I’m 75 years old and I still work because I have to.”

Said her husband, Modesah, “We need to stop this go-along-to-get- along stuff because when we do that, nothing changes. I believe it’s time for us to have an entirely new direction. Otherwise, nothing is going to change.”

Debra Hanley, of Calabash, NC, said she was “very impressed” with Sen. Harris. “I think she has the stamina to take on the current president,” she said. “I think she’s going to be able to take him on and we can prove finally that he has done so many things that are illegal.”

Melanie Christian of Myrtle Beach took her two teenage daughters to the town hall meeting because she wanted them to “see what a candidate has to  go through to get elected.”

Her daughters were happy they attended. “I wanted to learn about how to get elected and about public speaking,” said 13-year-old Caleah.

“It was good,” said Malena, 14. “I learned about what she is going to do to make America better.” 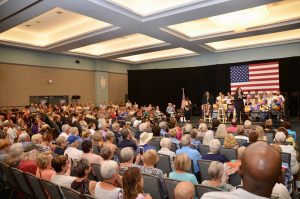 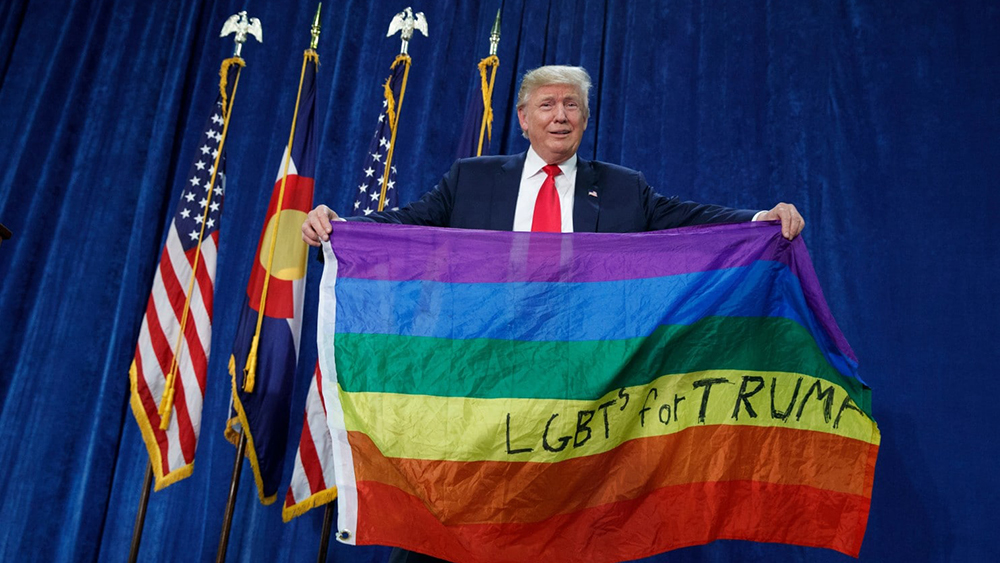 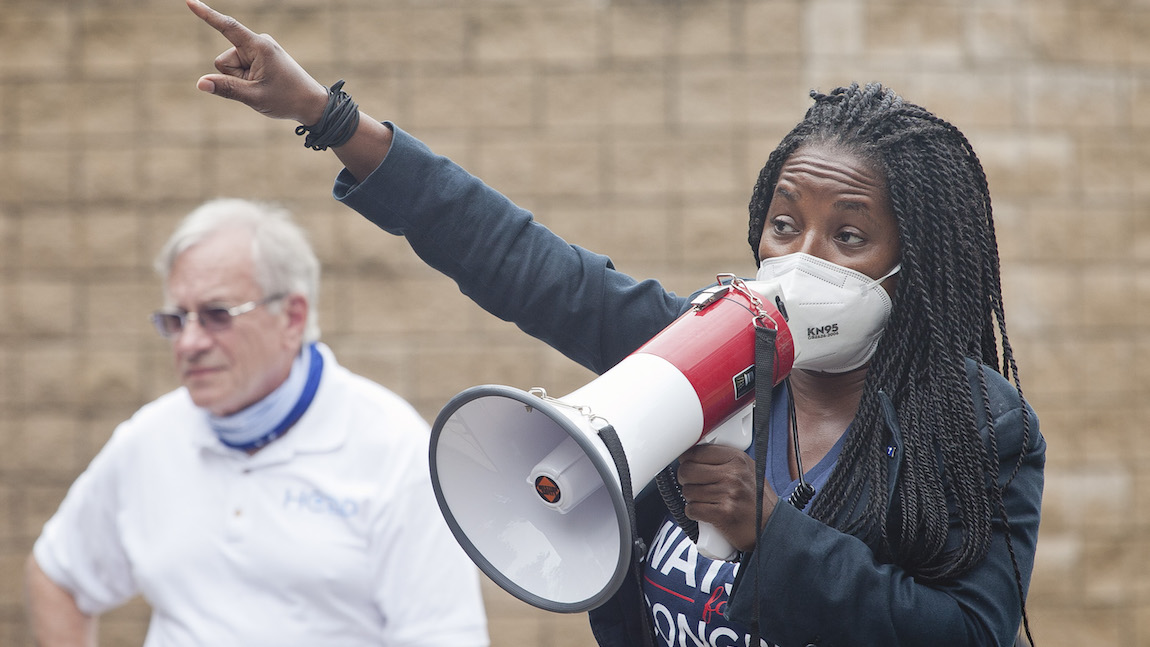 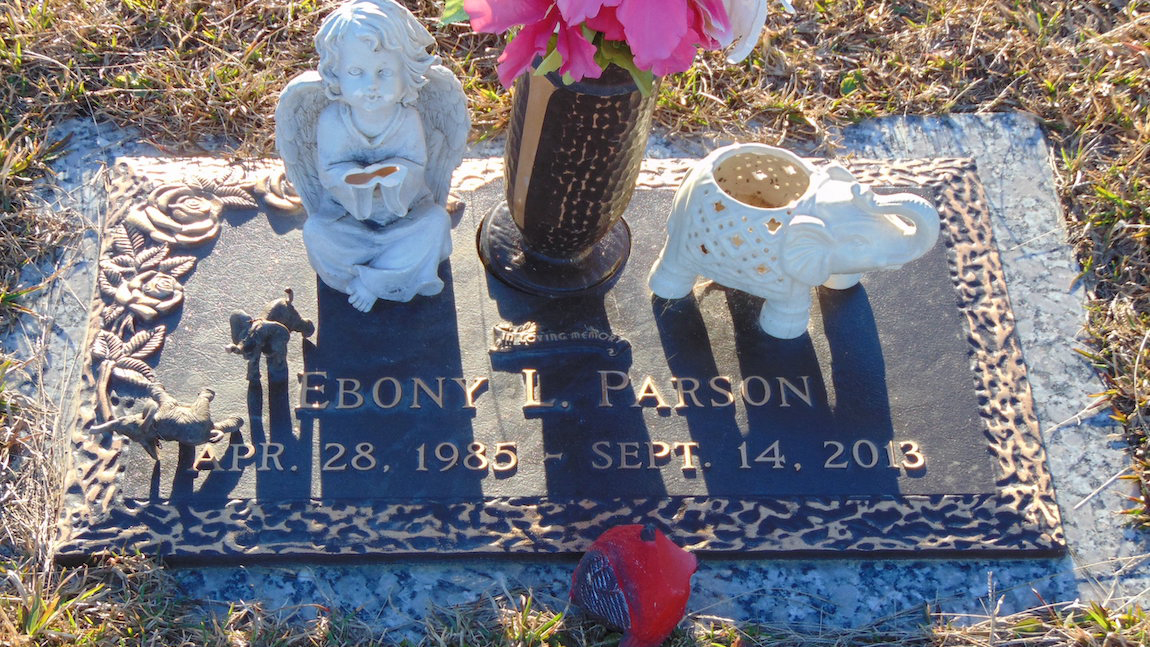 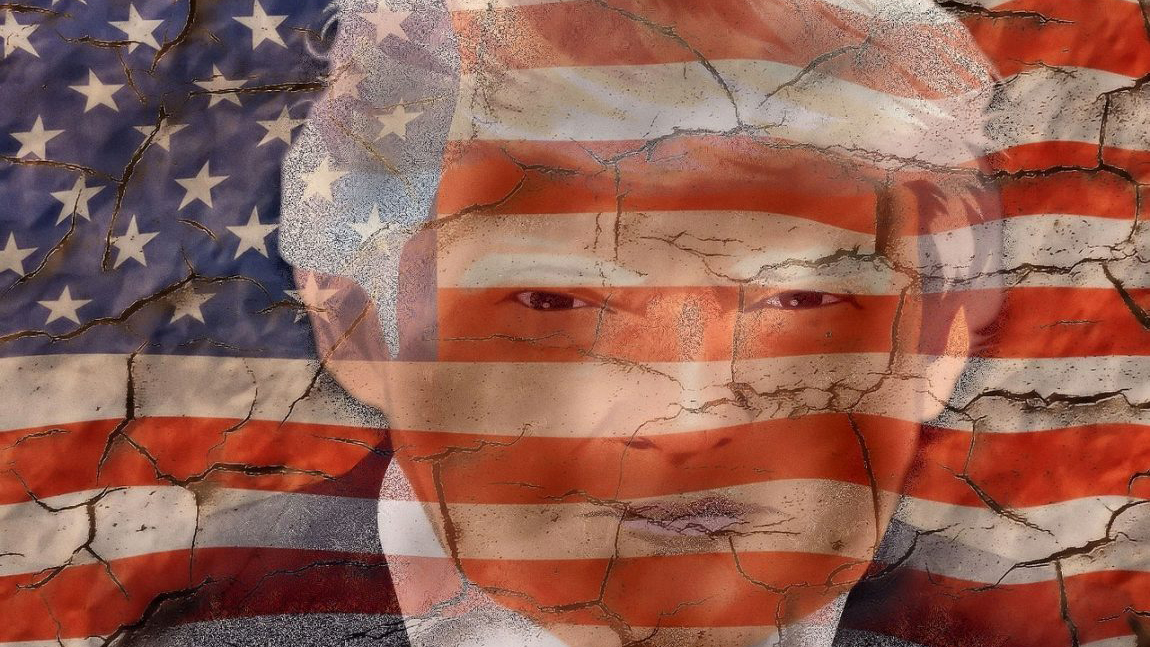