May is Mental Health Awareness Month

Posted May 23, 2017 by HCDP in Community Voices
ShareFacebookTwitter

Mental health is a key component of general health, yet mental illness is often stigmatized and underfunded in health insurance programs.

I am a retired mental health and addictions counselor and treatment program developer and manager. Here’s what I have learned about treatment here since I moved back to Horry County two years ago.

A licensed counselor told me early on that there are few psychiatrists in the area whom she considered competent. Overall, there are not enough to serve our growing population in Horry County.

Some Horry County psychiatrists refuse to treat patients who take certain medications for anxiety. They won’t see them even once if they take such medication. I would never send a patient of mine to a psychiatrist who is not willing to prescribe anxiety medications if a patient needs them. Some are well-recommended but don’t take insurance or Medicare, creating clear obstacles for many people even if they have insurance.

The Waccamaw Center for Mental Health, which charges on a sliding scale, is only able to treat people in crisis, but not to treat people to help them stay out of crisis, according to a representative with whom I spoke. There is also a bias against “high-functioning” people who live with mental illness, unless they too are in crisis. Who defines what a crisis is? 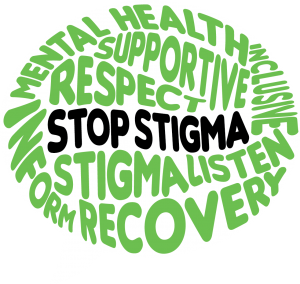 Many people receive psychiatric medication for anxiety and depression from their family physicians. Some are hospitalized and then discharged without a referral to any physician after serious psychiatric episodes. I know some of these people…

… One has tried to find a psychiatrist, but has not found one so far. Depression further hinders her efforts, since its major symptoms include fatigue, disorganization and an inability to focus.

… Another killed himself several years ago after discharge from a hospital without a local referral for treatment.He no longer had hope that he would ever feel well or be able to function well again.

… A third hides alcoholism from the family doctor.But certain medications don’t mix well with alcohol.  Meanwhile, long term drinking (and drug abuse) can damage the brain permanently. Addiction often starts as an effort to mitigate the symptoms of  psychiatric illness.

Meanwhile, SC psychiatric hospitals have decreased over the years from 15 to four. Community services are scarce, especially for those who lack sufficient funds for private treatment. There are only 300 supported housing beds in a state of almost five million people. About one-third of homeless people have mental disorders that often go untreated.

Opioid addiction and its consequences are in local headlines every week. When we treat addicts as criminals, they tend not to get into treatment. Treatment for opiate addiction can take a long time, but resources are few in our area. Detoxification is not treatment. It is only a first step. Treatment and recovery cannot occur while a person is using a drug or alcohol.

The recently passed Congressional bill called The American Health Care Act will make things worse. Mental illness will be a pre-existing condition that the state can choose not to cover. Block grants for Medicaid may not prioritize mental health. Many more people than now will not have any insurance.

We need to step up and insist on more funding for governmental programs like Waccamaw Center for Mental Health as well as for better addiction treatment here in Horry County.

If you want to learn more, you can start at the website for the SC Department of Mental Health. Another great resource for information, referral and support is NAMI South Carolina (National Alliance on Mental Illness).

Barbara J. Sloan, M.Ed., was formerly certified as a practitioner and supervisor in addiction treatment nationally and in the state of Connecticut and as as a mental health counselor nationally. She developed and managed several treatment programs for alcoholics who have concurrent mental illness and maintained a small private practice. The opinions stated herein are solely hers and not that of the Horry County Democratic Party.

Attacking Our Freedoms: Part One, Freedom of Speech