President Trump’s federal budget plan for 2019 is a cruel hoax on the very core of his supporters, the low and middle-income Americans who were lured into the sweet sound of “Make America Great Again.”

This budget blueprint was met with this headline in The Washington Post: “In Trump’s Budget Proposal, the Poor Lose – Plan includes giant cuts to housing, food stamps and health care.” 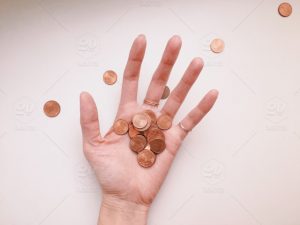 If, indeed, our Congress would enact that budget next year, Americans who rely on Medicaid, the Supplemental Nutrition Assistance Program (SNAP), and federal housing assistance would be decimated. Medicare would be weakened, and no doubt see providers flee, making it more difficult for seniors to obtain care.

The approach in this spending plan is cruel, heartless and demeaning of the American people. If you rely on Medicaid, your health care coverage is in jeopardy. What would you do?

If you rely on food stamps – the SNAP program – you could be expected to eat commodities doled out by the government in home-delivered boxes, rather than being able to purchase your food supplies with an EBT card.

If you and your family rely on government-supported housing, that would be in jeopardy.  Trump’s budget is intended “to encourage the dignity of work and self-sufficiency” by imposing new work requirements for assistance, and the government would decide who would be subject to that. Similar requirements would be imposed on Medicaid beneficiaries.

There would be massive cuts to the Environmental Protection Agency, the National Science Foundation, the Labor Department and even the Army Corps of Engineers – even as Trump wants to embark on a $1 trillion infrastructure program, most of the cost of which would come from state and local governments and private investment (toll roads).

It just goes on and on. And all of it is designed to pay for the huge tax cut that Republicans passed to benefit, largely, the wealthy and big business, as well as a $777 billion boost to defense spending over the next decade.

The challenge now for us as Democrats is to make certain this never comes to pass. We can only do that by electing Democratic majorities in the House of Representatives and the U.S. Senate. In this budget, Trump has given us a roadmap for our campaign for the coming elections this fall, and we must make certain that our message is clear.

As Democrats, we stand for fairness to all; for health care, for protecting our environment, for providing for the health and safety of our citizens, for helping those in need, for supporting our public schools, for defending our nation and honoring our veterans and senior citizens.

Now is the time for people of good will – Democrats, Independents and Republicans – who are concerned about the direction of our country under President Trump – to join with us as we fight against these threats so clearly laid out in Trump’s 2019 budget plan.

I appeal to you. Join us. Embrace this effort and let us climb this mountain together.

Take a Stand: A New Year Without Fear