Posted May 8, 2020 by Tim Wilkie in News
ShareFacebookTwitter

Every presidential term has words and catchphrases associated with it. One of Bill Clinton’s was “it’s the economy, stupid.” John F. Kennedy’s positive inaugural address had the line “Ask not what your country can do for you, but what you can do for your country.”

In Trump’s short inaugural address, beginning with the seventh sentence and throughout, there were no verbal gems, just negative statements and exaggerations.

Trumpdom has created (and stolen from others) a bunch of verbal nuggets by which his term will be remembered. Who can forget ‘confefe’ (whatever that means)?

Kellyanne Kelly created “alternative facts” as a way to gaslight and cover up another falsehood.

“Bigly” was used in the 2016 campaign. “Fire and Fury,” now a book title, is from a Trump quote referring to conflict in North Korea.

He refers to those he does not like (some even having been praised by him a few days earlier) as “losers,” “total losers.” “dumb,” “haters,” “morons,” “idiots,” “dummy,” and “disgusting.”

These are not positive in the way they are used and fail to create anything advantageous for the well-being of the entire nation, and world. With 470,000 words in Webster’s Third dictionary and 30,000 words in common use, maybe, just maybe, there are some positive ones that could be employed instead?

While most of us do not have ‘virgin” ears, Trump frequently speaks words that would make the proverbially Seventh Fleet blush. It’s hard to understand how those who consider themselves to be ‘faith based” can support this vile man.

As Hillary Clinton again recently pointed out, words matter, especially if one is head of a country.

As a college faculty member in another life, I dealt with readers (as an academic librarian) and taught adjunct secondary level teacher education courses. One of the topics we addressed were reading and speaking levels of students.

Analysis done by others have looked at the first 30,000 off-script words (as recorded) used by presidents from Hoover to Trump. The analysis found that Donnie speaks at a third to seventh grade level–the lowest since Hoover.

The analysis considered diversity, comprehension level and complexity of the full sentences spoken. His speech patterns average significantly fewer syllables per word (1.33 per word) than his predecessors.

The lexicological measure used is the preeminent Flesch-Kincaid grade level scale. It is what elementary school librarians and reading teachers use to

rate the difficulty of the prose to be read (ask any elementary school teachers about the scale).

The highest reading level score, based upon the words put to text, goes first to Carter and Hoover, then Obama, and lastly, Trump. Other research has identified that he uses the fewest (2605) “unique words” of the past 14 presidents, while Obama used 4869 “unique words.”

So, it’s hard to know why Trump refers to himself as “a stable genius.” He is barely literate.

It’s time to Take a Stand for Democracy — and for decency. 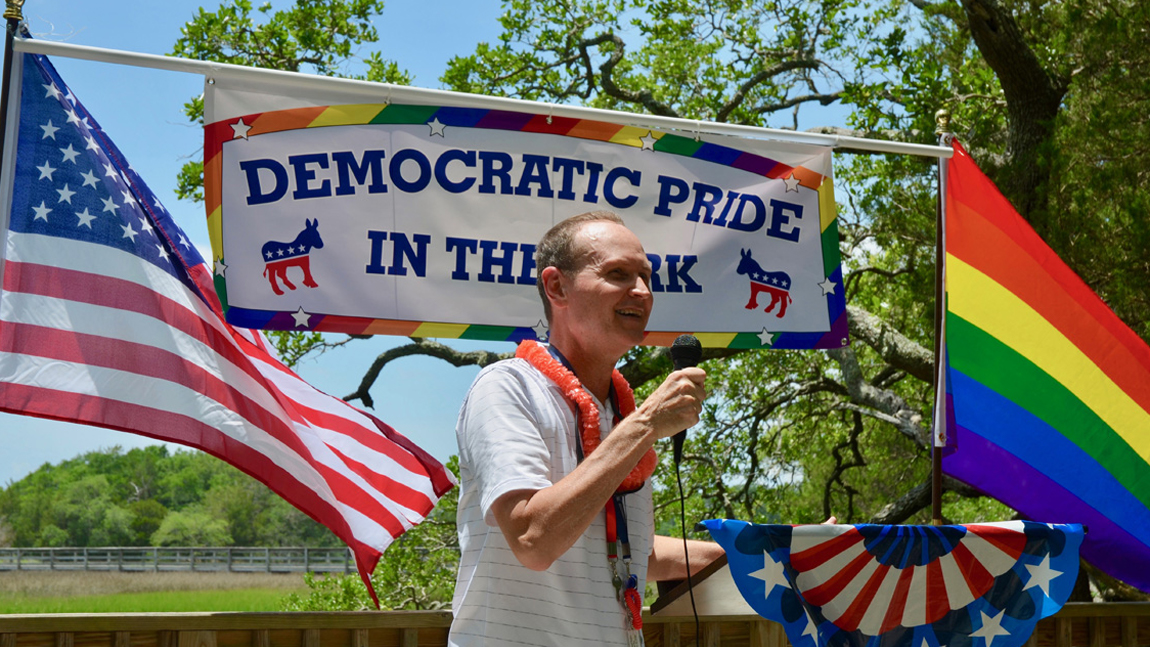