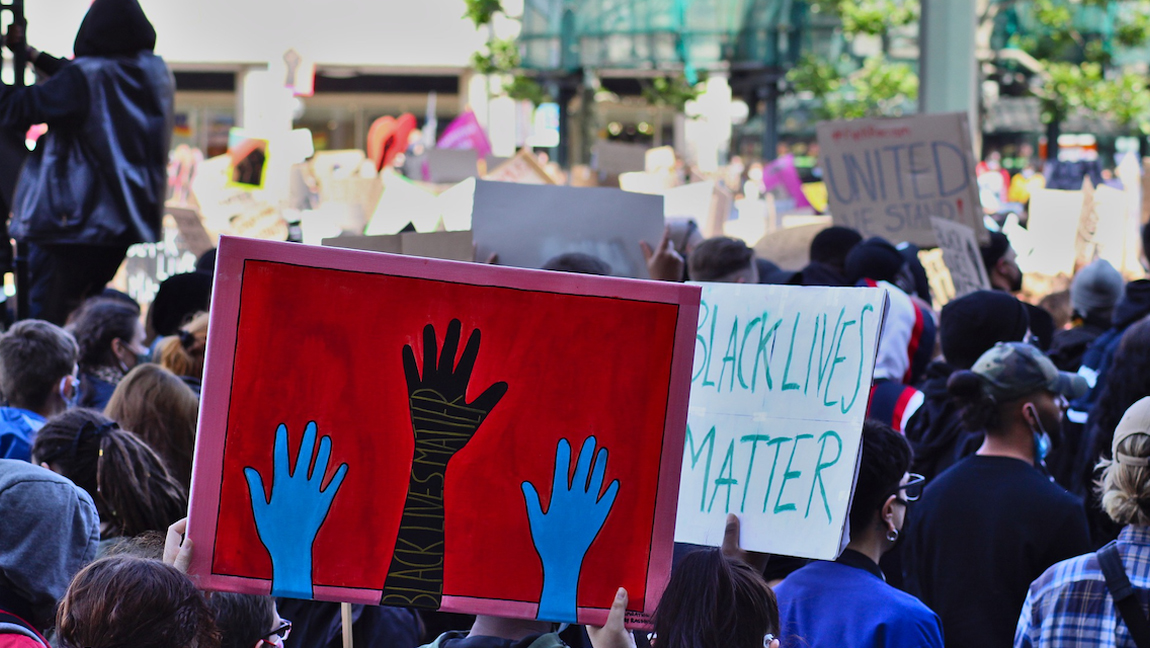 The Black Lives Matter movement, born of the brutal police murders of Black men, has grown to become a dynamic force in the U.S., and is a continuation of the civil rights movement for racial acceptance, fair treatment, and equal opportunity.

But, before we can understand the necessity of a criminal justice reform movement like Black Lives Matter, we should first come to terms with our national context of policing. The United States is the world’s leader in incarceration with 2 million people currently in the nation’s prisons and jails—a 500 percent increase over the last 40 years.

The main culprit for this prison boom cycle are the recent sentencing policies associated with the War on Drugs. Since its official beginning in the 1980s, the number of Americans incarcerated for drug offenses has skyrocketed from 40,900 in 1980 to 430,926 in 2019. In fact, 46 percent of prisoners in the federal system are being held for non-violent drug convictions. When viewed from a racial perspective, Black men are five times as likely to be incarcerated as White men. For Black men in their thirties, about 1 in every 12 is in prison or jail on any given day.

Black Lives Matter started in 2013 in response to the acquittal of George Zimmerman, a neighborhood watch participant, for shooting and killing teenager Trayvon Martin. Three activists, Opel Tometi, Alicia Garza, and Patrisse Cullors, protested the verdict on social media and came up with the hashtag #BlackLivesMatter, which gained widespread use online and at street protests. This initial messaging campaign became a rallying cry for the creation of a decentralized social movement demanding police accountability and criminal justice reform.

Since that time, there has been more emphasis on wrongful police shootings due to citizens being able to video police killing unarmed civilians on their cell phones. Recently, we have witnessed some police officers being fired from the job and even convicted of murder. For instance, in 2017, a federal court in South Carolina sentenced police officer Michael Slager to 20 years in prison for killing an unarmed Black man who was running from a routine traffic stop.

Later, in May 2020, Minneapolis police officer Derek Chauvin was placing George Floyd under arrest for suspicion of using false currency at a local business. Going outside acceptable police restraint tactics, knelt on Floyd’s neck for over nine minutes resulting in suffocation. Subsequently, Chauvin was sentenced to a minimum of 20 years in prison.

The existence of the Black Lives Matter movement, the ongoing killing of unarmed Black people, and the and the unnecessary death of George Floyd finally culminated in major protests, peaking on June 6th 2020 when half a million people demonstrated in nearly 550 locations around the country. Polls suggest that approximately 15 to 26 million people in the U.S. have participated in demonstrations, making Black Lives Matter the largest social movement in the nation’s history.

When asking the American people if they support the Black Lives Matter movement, 55 percent of all adults express at least some support. Along racial lines, 46 percent of White Americans express support compared to 83 percent of Black Americans. The degree of support for the movement is also divided along partisan lines where 78 percent of Republicans oppose while 85 percent of Democrats support it.

The continuation of police abuse and the disproportionate response against people of color have caused many in the Black Lives Matter movement to question the standard response that more police reform is needed. Instead, some activists are calling for an end to policing as we know it, with some convinced that the institution of policing should be abolished completely.

Leaders in the Black Lives Matter movement point out that the safest communities in America are places that do not experience constant police surveillance. These are neighborhoods where people have access to living wages, healthcare, quality public education, and freedom from police terror.

To start changing the system, activists reject any proposed expansion of police budgets and seek to reduce them. Policing diverts billions of dollars from schools, healthcare, and other vital programs that need more funding to strengthen community resilience against criminal behavior, they say, noting that U.S. cities collectively spend $100 billion a year on policing and $80 billion on incarceration. Houston, for instance, spends more than 35 percent of the city’s budget on policing alone.

A few ideas to improve public safety by redirecting resources include withdrawing police departments from federal programs that provide military gear, denying pay to officers under investigation for using excessive force, removing officers from schools, and establishing non-police alternatives to 911 calls involving people with mental health needs or other forms of health crisis.

BLM supporters believe that there needs to be a transition period from an over-reliance on discriminatory policing to a reorganized peacekeeping policing. In the meantime, a portion of the funds now reserved for policing would be reallocated to long-term crime-reducing strategies involving education, restorative justice services, and employment programs.

Black Lives Matter supports the BREATHE Act, which would generally divest from policing and incarceration, end the War on Drugs, and reallocate that money toward building equitable local communities.

Other notable policies that the movement supports include:

Current Successes of the Movement

Due to the escalation and visibility of Black Lives Matter protests over the past few years, there have been many positive changes in our political system.

Another marker of success for the movement is its ability to generate financial and resource support from both corporate sponsors and private foundations. Amid the uprisings in 2020, the Black Lives Matter Global Network Foundation took in $90 million in donations and grants. A sister organization, Movement for Black Lives, also raised millions in 2020, including $100 million from the Ford Foundation. All told, corporations pledged close to $2 billion to Black Lives Matter-related causes.

Today, the Black Lives Matter movement is vibrant and searching for real alternatives to our exploding prison-industrial complex. Any liberty-minded American should consider supporting the movement for major institutional restructuring of our criminal justice system.

Editor’s Note:
This is the seventh of an ongoing series of social movement profiles by Dr. Jeremy Holland, who teaches sociology at Horry Georgetown Technical College. The opinions expressed in this article are those of the author. 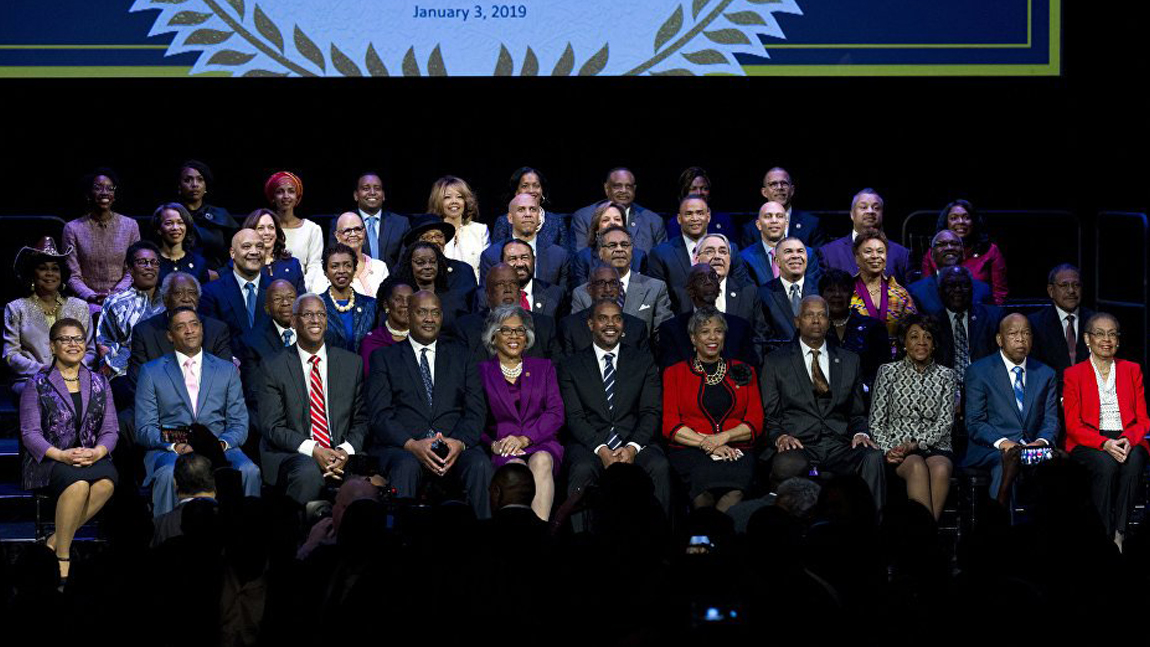 Stand Up for DACA Students