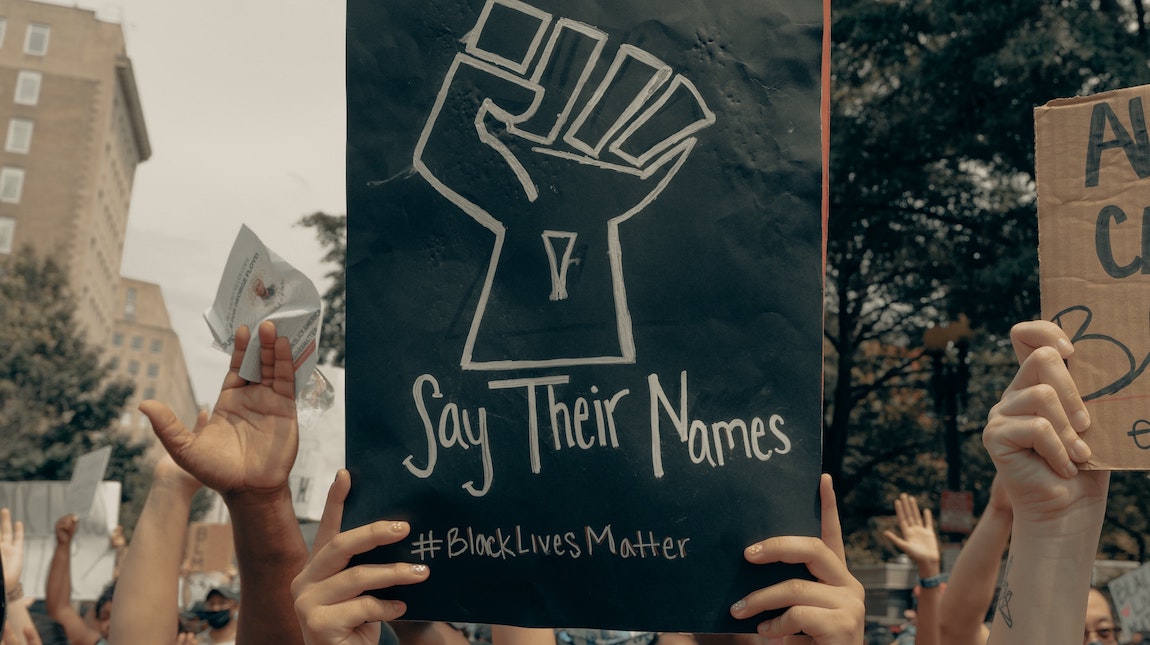 Black Lives Matter elicits reactions the likes of which have not been felt since Dr. Martin Luther King, Jr. spoke the words “I Have a Dream.” The speech that included those words was voiced on the steps of the Lincoln Memorial in Washington D.C. and was so powerful that 57 years later it was celebrated, at the same location, on August 28 and 29, 2020 and once again used as a call to action.

Only this time the call wasn’t just about racial injustice, it was to end systemic police brutality against African Americans and to reiterate that Black Lives Matter.

On February 26, 2012 an unarmed African American high school student, Trayvon Martin, was killed by neighborhood watch coordinator George Zimmerman in a gated Sanford, FL community. Zimmerman was arrested and Martin’s autopsy showed he fired within 18 inches of his chest. Zimmerman was looking young Trayvon in the eye while shooting him and then claimed self-defense.

Outrage ensued over Zimmerman’s acquittal and in 2013 Alicia Garza, Patrisse Cullors and Opal Tometi, three Black women, decided the time had come to “create a Black-centered political will and movement building project.” That movement was #Black Lives Matter.

Black Lives Matter has more than 40 chapters all over the world. Their goal is to “organize and build local power to intervene in violence inflicted on Black communities by the state and vigilantes.” Their website states:

Black Lives Matter is an ideological and political intervention in a world where Black lives are systematically and intentionally targeted for demise. It is an affirmation of Black folks’ humanity, our contributions to this society, and our resilience in the face of deadly oppression.

This is a movement that intends to persevere until real change is made in America.

Say their names. George Floyd, Breonna Taylor, Rayshard Brooks, Jacob Blake. Just a few of the African Americans who have suffered at the hands of police this year. Police who think extreme violence is acceptable and that shoot first, even when the person does not have a dangerous weapon, is justifiable. All but George Floyd were shot. Rayshard Brooks and Jacob Blake were shot in the back multiple times and now Blake is partially paralyzed. He can’t walk.  Breonna Taylor was lying in bed.

There are more. Many more. But data on any police killings is difficult to get because there is no system in place to collect or report this data nationwide. Statista reports 558 total civilians shot up to the end of July 2020 with the rate of fatal shootings higher for African Americans at 31 per million of the population.

Organizations like Black Lives Matter are needed to heighten the awareness of this systemic racial injustice and lead the fight for police reform to stop all unjustified killings of civilians. Although Jacob Blake wasn’t killed, seven shots in the back showed intent.

Melissa Watson, an African American woman, an Army veteran and educator is running to defeat Rep. Tom Rice for the 7th Congressional District from South Carolina. In early July Watson gave a rousing speech at a Black Lives Matter Rally at Market Common in Myrtle Beach.

Melissa talked about people who climb Mt. Everest knowing that 50 percent will lose their lives and 25 percent will come back with a lifelong injury. And only a few make it to the summit itself. Watson commented “If you get to the summit you only have a few minutes to enjoy it because the winds are coming and the snow is coming.” She sits on her couch and ponders the motivation of these people who risk life and limb to look out from the mountaintop onto the world below for such a short amount of time.

Melissa Watson’s closing message at that speech was a powerful rallying cry: “Get loud, get out of line and let’s go change the world!”.

Jaime Harrison, a Yale University and Georgetown Law educated African American man, is challenging South Carolina Sen. Lindsey Graham for his seat in the U.S. Congress. Harrison, a former chair of the South Carolina Democratic Party, is an extremely articulate and inspirational speaker. He is also a man who fears for the future of his children in a racially divided America.

Watching George Floyd with a police officer’s knee on his neck, crying for his dead mother triggered something in Harrison. He says, “I’m tired. My community is tired. We are fed up.” Jaime Harrison, who is no stranger to racial profiling and KKK marches in Black South Carolina neighborhoods, sees “a community crying out in pain and seeking relief.”

Most of all Jaime expresses anguish when it comes to talking to his two young boys about the reality of being Black in America.

How do I explain to my beautiful black sons they could be treated differently because of the color of their skin? How do I tell them this prejudice could incite those who are sworn to protect and serve them to one day hurt or kill them?

Harrison expresses why he is in the Senate race by saying “I am running for this U.S. Senate seat—once held by a segregationist Benjamin “Pitchfork” Tillman and now a lackluster Lindsey Graham—because South Carolina deserves a leader who will do more than pay lip service to this crisis.”

Everyone has a reaction or opinion when confronted with the police shooting of an African American man or woman. There isn’t anyone who doesn’t seem to have something to say one way or another and it also shows the racial divide in America. White people tend to immediately bring up police being killed in the line of duty and asking why sports figures aren’t protesting about that every time it happens.

The recent shooting of Jacob Blake resulted in social media posts saying he had a knife and the police shooting was self-defense. The investigation never found a knife or gun at the scene, but that doesn’t stop people from making that lie go viral.

Let’s say Blake did have a knife. His hands were at his sides, he wasn’t in attack mode and he wasn’t facing them. Even if he was reaching into his car to get a knife or a gun, he didn’t turn around and try to attack them with it. Police just yanked his shirt while he was bending over, where they couldn’t even see what he was doing, and then started shooting.

There are a lot of ifs there. None of them justify shooting a man seven times in the back and claiming it was self-defense.

Reactions to Black Lives Matter harken back to the days when the Civil Rights Movement was viewed as the end of White America too. The White response to the term Black Lives Matter is usually All Lives Matter. This statement allows White people to distance themselves from the racism argument because either it’s too uncomfortable to face or they are blatant racists.

It means that America needs change in this country now. As long as African Americans are disproportionately targeted by police, the criminal justice system is biased against them and White people continue to enjoy their privileges at the expense of Black people, America cannot sustain itself as a democracy for any American.

How do you make change happen? Start by registering and then getting out to vote blue on November 3.

Vote for the party of all Americans. The party that thinks White privilege has no place here and all Americans, regardless of race, color, religion or sexual orientation are entitled to be equal under the law. 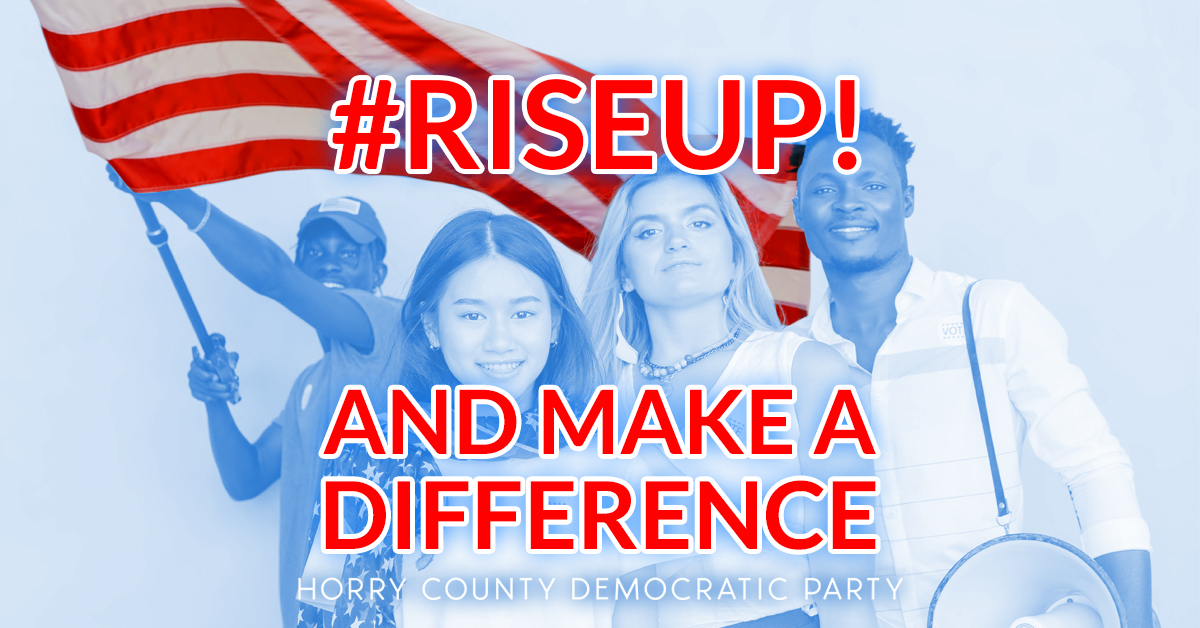