Contraception as a Public Investment

Nearly 60 years ago, I was born into a family of five children. Having four or five children was not unusual in the Fifties and we were fortunate, as my father was a medical professional and we were able to live comfortably. I knew many large families, and some perhaps did not have the financial advantages of ours, but none of us had much choice in family size. 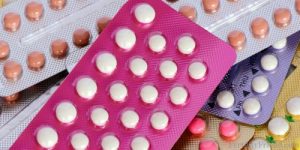 Family planning in the United States was radically transformed in the early sixties with the introduction of oral and other kinds of legal contraceptives. Millions of couples were suddenly free to limit the number of children they had, and financial considerations figured heavily in determining family size.

Currently, the U.S. population is nearing 325 million, while the global population is close to 7.5 billion. Leaders around the world should consider out-of-control population growth as one of the greatest problems we face. Incredibly, right here in the USA, many state and federal legislators are pushing to limit women’s access to affordable birth control. They seek to regulate women’s reproductive rights by repealing the Affordable Care Act and defunding Planned Parenthood, an organization upon which many women rely for low-cost birth control options and gynecological well health care.

As a country, we need to begin thinking of contraception for women as a public investment, just like roads, schools, libraries, and power lines. We pay for these goods and services, even though we may not be using them ourselves. Tax dollars spent today to support women’s access to safe, legal  contraception will reap benefits for our future and the future of our children and grandchildren. Planned, sustainable families make for a better society and a better world.