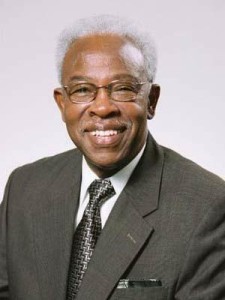 In his resignation letter to the council, Mr. Frazier expressed his heartfelt gratitude and stated that it has been a high privilege and an honor to serve District 7 for the last 36 years. He gave special  thanks to his wife, Jackie, for her steadfast dedication and support during his time in office.

Mr. Frazier’s record of accomplishments in Horry County, particularly in the Bucksport and Conway communities, includes major infrastructure improvements and community service programs. Notably, there will be the lasting legacy of the James R. Frazier Community Center in Bucksport.

“The Horry County Democratic Party salutes James Frazier for his outstanding service and dedication to his community,” said HCDP Chair Joan Furlong. “Mr. Frazier has been a remarkable public servant and strong representative of the Democratic Party in Horry County.”  She noted that he was elected as the first African-American chairman of the Party in 1986.

“We look forward to electing another hard-working Democrat to continue Mr. Frazier’s work in District 7,” said Furlong.  Individuals interested in running for office are encouraged to contact HCDP.