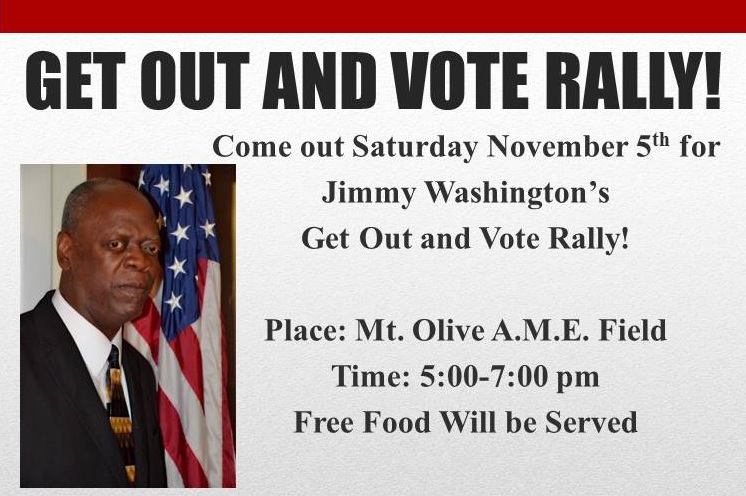 Jimmy Washington is asking Carolina Forest and Myrtle Beach voters to keep him on Horry County Council.  His final campaign rally will be held this Saturday, Nov.  5, 5:00-7:00 pm, at the field outside Mt. Olive AME Church, 1108 Carver Street in Myrtle Beach. Free food and beverages will be served. 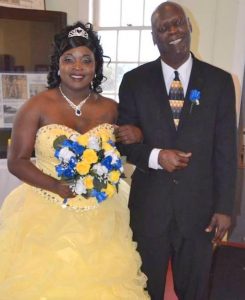 Washington won the seat in a special election last December, and has been working tirelessly on public safety issues since he was sworn into office. If re-elected, Washington pledges to continue his focus on hiring additional public safety personnel to cover the entire county, as well as finding ways to increase current employee retention rates.  He also understands that Carolina Forest residents need to see completion of International Drive as soon as possible, and he strongly supports proposed Ride III projects across Horry County, especially the critical widening of Hwy. 501 and extending Hwy. 31 to the North Carolina state line.

Washington has been juggling his re-election campaign with his fulltime position as a manager at Jimmy Buffet’s Margaritaville Restaurant, the demanding responsibilities of a sitting Councilmember for the District, and perhaps the best job of all — proud “Father of the Bride” at the wedding of his daughter Andrena  in September.

By Alex Flores On April 20, 2021, a measure of accountability was served in America when former Minneapolis police officer Derek Chauvin was found...

By Bob Gatty The Horry County Democratic Party (HCDP) is charging into the future with a new leadership team determined to attract new voters and...

By Bob Gatty It was a beautiful spring evening March 24 when some 50 students, educators, and others gathered on the lawn at Coastal Carolina...

By Bob Gatty Republicans are showing no inclination to change their priorities. Gun rights and gay bashing are still right there at the top of...