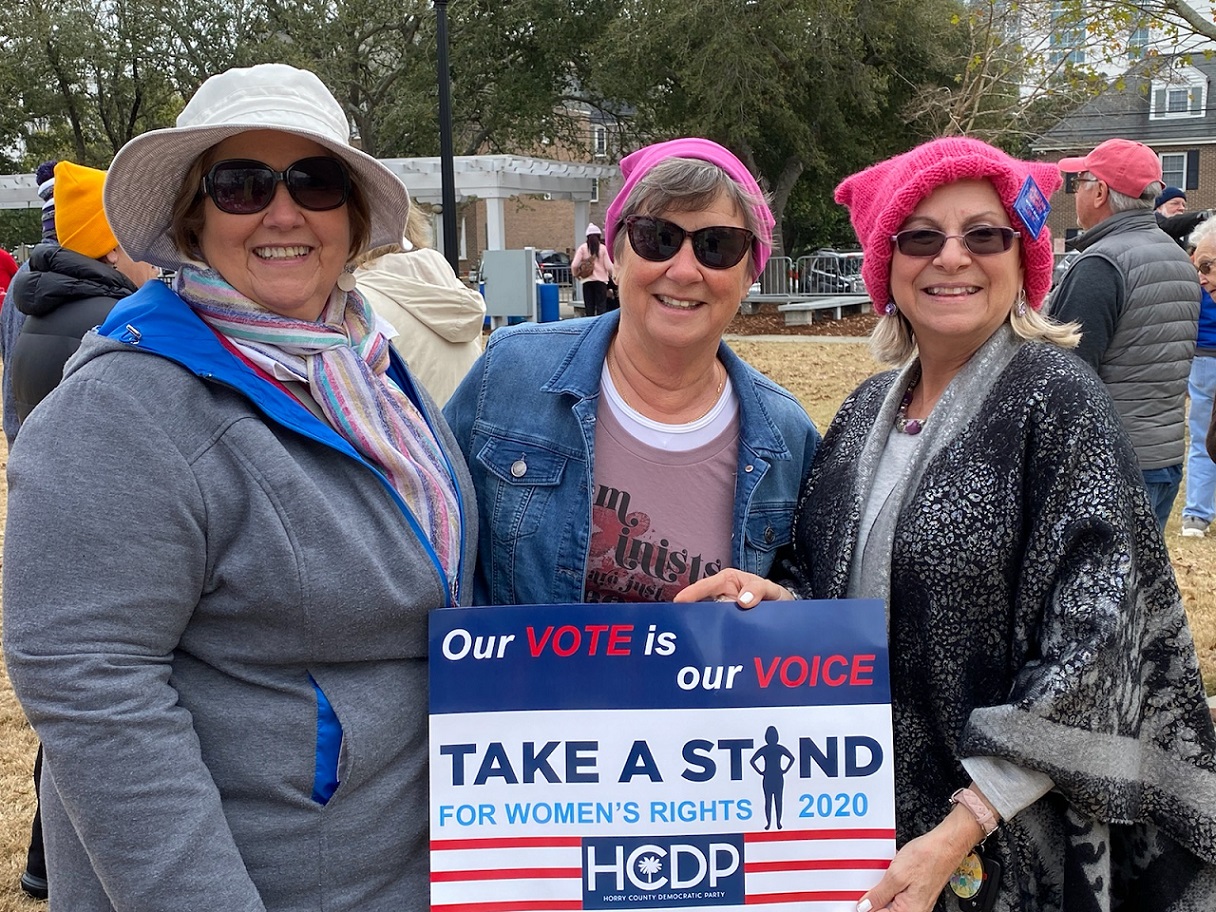 A large contingent of Horry County Democratic Party members and supporters braved the cold weather to participate in the 3rd Annual Women’s March in Chapin Park. The theme this year was “Women Rising”, with signs and t-shirts reflecting that women, and men, will not back down when it comes to women’s rights. 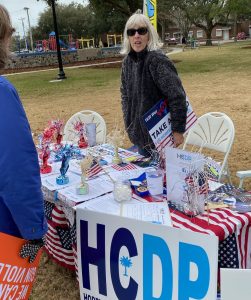 Several powerful speakers rallied the crowd around key topics important to all women.

Caitlyn Czeh, Campus Minister for the Coastal Carolina Catholic Student Ministry Group, opened with the invocation and was followed by Javon Frazier, author, survivor of childhood sexual abuse and founder of Shine the Movement. Frazier related how the abuse started at 6 and ended at 17 when her abuser tried to take her life. She wants to use negative messages in a positive way to inspire and encourage both women and men to speak out about childhood abuse.

Dr. Jillian Richards-Greaves, professor of anthropology at Coastal Carolina University, talked about the need for self-care by saying women tend to have “supermom syndrome” where they feel they always have to be the best at everything.

She told how she got sick and found herself asking who was taking care of her? Instead of “supermoms”, women are more like jugglers who do their best to keep everything in the air, Richards-Greaves said. She stressed the need to push against “supermom syndrome”, focus on balance and take time for ourselves. Her current research studies the use of African traditions still incorporated in the Gullah Geechee culture today.

Another speaker was Donusia Lipinsky, an attorney at the Myrtle Beach Immigration Law Office. Lipinsky, who stands for all immigrants, both legal and illegal, told a story about an illegal immigrant woman from Guatemala who left her children with her grandmother and came to the U.S. to escape an abusive husband. The woman was seeking legal status to bring her children here. If she went back to Guatemala, she would not be able to return to the U.S. for 10 years.

Lipinsky informed the crowd that there are only 30,000 visas issued for the entire U.S. She stressed that immigrants are coming here for employment and better life – one free from threats of violence from gangs who threaten to rape their daughters and kill their sons. Lipinsky ended with a passionate plea for everyone to stand for all immigrants.

One of the last speakers was HCDP’s own Vice Chair Barbara Hake. Hake rallied the crowd to stand up and make a difference by getting out to vote. She reminded everyone of the new and improved voting machines coming in the next election and that there is curbside voting at all polling places for those who are unable to walk into the building. She finished with the rallying cry “Make this a year Trump will never forget!”.

The Importance of Disability Voter Registration

A Recovering Republican Visits the Stump