Coronavirus: Horry County confirmed its first case of novel coronavirus (COVID-19) on March 15. Confirmed cases in the county totaled 11 as of March 22. (Myrtle Beach Online 3/22/20) Statewide, cases were 195 with the novel coronavirus in 33 of the state’s 46 counties. (Post and Courier newspaper, 3/23/20)

Second Amendment Sanctuary: At its March 10 meeting, the Horry County Council voted 10-1 in favor of an ordinance that states the county will oppose any state or federal law that council members believe violates the Second Amendment of the US Constitution regarding the right to bear arms. The ordinance has received two favorable votes and a third is needed for it to become law. (Myrtle Beach Herald 3/13/20)

Supply Shortage: Supplies to test South Carolinians for the coronavirus are running low, and state officials has said they may soon recommend that some not be tested to reserve supplies for the sickest patients. (Post and Courier, 3/20/20)

McMaster Invokes Rare Emergency Powers: After banning eat-in dining in response to the coronavirus epidemic, Gov. McMaster also invoked a 2002 law giving the state’s health department special powers for times of crisis. The law allows the health department to decontaminate buildings where a virus might be present or use health care facilities to quarantine people. Additionally, it can seize, and dispose of, human remains; isolate or quarantine anyone who refuses testing or examination, and it can acquire and destroy property. The Governor’s office said none of the powers provided by the law have been ruled out. (Post and Courier, 3/20/20)The Governor also ordered police to disperse large crowds at state beaches during the state of emergency due to coronavirus. (The State Newspaper, 3/20/20)

Special Appropriations Request: Gov. McMaster signed into law a special appropriation (H4014) providing $45 million to be used by the state’s public health agencies to combat the spread of the coronavirus. About 60 percent of the funds would be used for staffing needs. The bill received unanimous support from the Legislature. To practice social distancing at this time, nine state representatives received permission to cast votes from the balcony. (Palmetto Politics, 3/20/20; SC Legislature Online)

Unemployment Numbers Under Wraps: South Carolina officials are withholding information about the exact number of unemployment claims they are fielding on orders from President Donald Trump’s administration, which implored states to keep that information under wraps for now. Some states ignored that guidance and provided the media and the public with daily unemployment claim numbers. (Post and Courier newspaper 3/21/20) In a report filed on March 19 (before the Trump order) the SC Department of Employment and Workforce reported a 400 percent increase in unemployment claims filed during the past week. (Statehouse Report 3/21/20)

Hotel Industry losses: According to the American Hotel and Lodging Association, South Carolina can expect nearly 15,000 direct hotel-related jobs to be lost in the next few months. (Post and Courier 3/23/20)

State Budget in Limbo: The state’s budget is not going to be the $10 billion package passed by the SC House just 10 days ago. “We are in new times and the only thing we know is that the financial reality of two weeks ago no longer exists,” said Senate Finance Committee member Vincent Sheheen. “Under any circumstances, the big projected $1.8 billion surplus is no longer here anymore.”

SC Revenue and Fiscal Affairs Executive Director Frank Rainwater is more optimistic saying, “South Carolina is in good shape to weather a downturn. I’m not seeing anything to think we are at risk of losing all that surplus at this point.”

The state Senate has given a second reading to a continuing budget resolution, teeing it up for a vote in both chambers to keep the government open after June 30 when the fiscal year ends in case a new budget is not enacted by then. On April 9, the state’s Revenue and Fiscal Affairs Office’s Board of Economic Advisors will meet to discuss the potential impacts of the coronavirus. The April meeting will provide the results of a financial stress test that will guide the Legislature’s budget process. This delayed process will likely mean that final passage of the SC State Budget will not occur until May or June or later. (Statehouse Report 3/21/20)

Education Reform: The SC Senate passed a massive education reform bill on a 40-4 vote, concluding a debate that consumed the Senate’s first eight weeks of the session. But after months of revisions, the Senate-passed version is vastly different from what the House passed last year, and most observers expect it will take some time to negotiate a final bill. Adding to the tension is continued opposition to the bill from the teacher advocacy group SC for ED. The group cancelled a planned teacher protest at the Statehouse, scheduled for March 24, because of the coronavirus outbreak. (Post and Courier, 3/8/2020; The State newspaper, 3/13/20)

Santee Cooper: Lawmakers in the SC House and Senate are at odds over a plan to renegotiate NextEra Energy’s multimillion dollar offer to buy Santee Cooper, a move that could delay a final vote on the fate of the state-run utility. Scheduling the Legislature’s debate on this issue is now uncertain because of lawmakers focus on responding to the virus epidemic. (Post and Courier, 3/6/20)

Buyouts for Flood Victims: The SC Senate passed a bill (S 259) that calls for the creation of a Resilience Revolving Fund, which would provide grants and low-interest loans to assist local governments with buyout programs. Buyouts would allow homeowners to sell their frequently flooded properties to the government. The Senate-passed bill is pending before the House Ways and Means Committee. The Horry County Council Infrastructure and Regulation Committee debated the bill at a recent meeting, questioning how much the county would have to contribute to such a program and where that local money would come from. (Myrtle Beach Herald 2/28/20; SC Legislature Online)

Economic Stimulus Deal being negotiated by Congress to battle the coronavirus and assist struggling workers and businesses: As of Monday morning, March 23, talks continued between House and Senate leaders and Trump Administration officials on a stimulus deal that will likely grow well beyond the $1 trillion plan initially offered by Senate Republicans. Current cost estimates of the package, which was still being negotiated, is $2 trillion. Democrats delayed final Congressional approval of the package, citing a number of concerns including the need for a broader loan fund to help “severely distressed sectors”, as well as the need for more assistance for the unemployed, states, hospitals and other health care providers. (CNN; 3/21/20; Roll Call newspaper, 3/23/20))

First to pass was a $8.3 billion bill to drastically ramp up vaccine research, give funding to state health officials, and beef up prevention programs. (The final bill approved by Congress was several times larger than the original White House request).

Congress also passed HR 6201, a $100 billion package that includes paid sick leave for workers at firms with less than 500 workers. Sen. Tim Scott (R-SC) joined seven other Republican senators in voting NO on final passage. Both Scott, and Sen. Lindsey Graham (R-SC) opposed a Democratic-sponsored amendment to add more generous provisions for paid sick leave and paid family leave to the bill. The Senate rejected the Democratic amendment by a vote of 47-51. Graham did vote for final passage. (CNN; 3/17/20; Thomas Voting Reports, for the week ending March 20)

Presidential Leadership: In the six weeks before these legislative actions by the Congress and the President, Trump repeatedly dismissed or minimized the threat posed by Coronavirus. On March 10, for example, he said “It will go away, just stay calm.” When asked if he took responsibility for the lag in necessary coronavirus testing while speaking to reporters in the Rose Garden to hear his declaration of a national emergency to combat the virus, Trump responded, “No I don’t take responsibility at all.”

And In 2017, Trump disbanded the Pandemic Response Team on the National Security Council and folded it into another organization. (CBS News; 3/10/2020; CNN 3/13/20). According to reporting by the Washington Post, if left intact the NSC Pandemic Response Team might have had clout to bring the Coronavirus issue immediately to the president’s attention. (Washington Post Fact Checker, 3/20/20)

Trump resists invoking Defense Production Act: On March 18 President Trump said during a White House press briefing that he will be invoking the Defense Production Act to help make up for potential medical supply shortages to help fight the coronavirus pandemic. But a few hours later he walked that statement back saying he would only invoke it “in a worst-case scenario in the future”.(CNN 3/18/20) Then two days later he reversed course again, saying that the “measure had kicked into high gear.”

Despite that statement, the NY Times on March 22 reports the Defense Production Act has not been invoked. Instead Trump is attempting to cajole manufacturers and tech firms to come together in a market-driven consortium that will deliver critical equipment. Meanwhile, hospital workers continue to raise concerns about shortages of essential medical equipment like surgical masks and ventilators. The shortages are the latest stumble in a botched effort to track the spread of coronavirus that has left the U.S. weeks behind many other developed countries. (CNN 3/20/20; Post and Courier 3/21/20)

Tax Deadline Delayed: The deadline to file federal income taxes to the IRS was pushed back to July 15, Treasury Secretary Steve Mnuchin announced. (The State newspaper 3/20/20)

Outlawing Flavored Tobacco: The House voted, 213-195, to outlaw the manufacture and sale of flavored tobacco products including e-cigarettes and menthol cigarettes. A Yes vote backed a bill (HR 2339) that would also levy an excise tax on the sale of e-cigarettes and vaping products. Rep. Tom Rice (R-7th Dist.) voted NO. (Thomas Voting Reports, for the week ending February 28, 2020)

Affordable Care Act: The US Supreme Court announced that it will decide the fate of the Affordable Care Act sometime next term, presumably after the presidential election. Texas and other Republican-led states have sued, arguing that since the individual mandate to have health insurance was no longer tied to a specific tax penalty, it had lost its legal underpinning. They also argued that because the individual mandate was intertwined with a multitude of other provisions, the entire law should fall, including protections for people with preexisting conditions. (CNN; 3/2/20)

Santee Cooper: The South Carolina judge in the massive class action ratepayer lawsuit against the state’s public utility Santee Cooper has halted proceedings in the case pending a likely $520 million settlement agreement. Major defendants in the case including Santee Cooper and what was formerly known as SCE&G — now Dominion Energy — have tentatively agreed to pay $520 million to ratepayers, according to a five-page tentative agreement obtained by The State.

The case had centered on whether and how much money Santee Cooper, an 85-year-old state agency, should refund to 2.2 million ratepayers who were charged extra each month for years to pay some $2 billion for the costly failure of the V.C. Summer nuclear power project that was never completed in Fairfield County. (The State Newspaper   3/2/20)

Mueller Report: A federal court has ordered the US Justice Department to submit the unredacted report of special counsel Robert Mueller for a private review to determine whether the redactions in the publicly available report were warranted. (CBS News 3/6/2020) In a separate ruling the House of Representatives won access to secret grand jury material gathered by Mueller’s investigation and cited in his report. (CNN; 3/10/20)

Time For Democrats To Get Angry 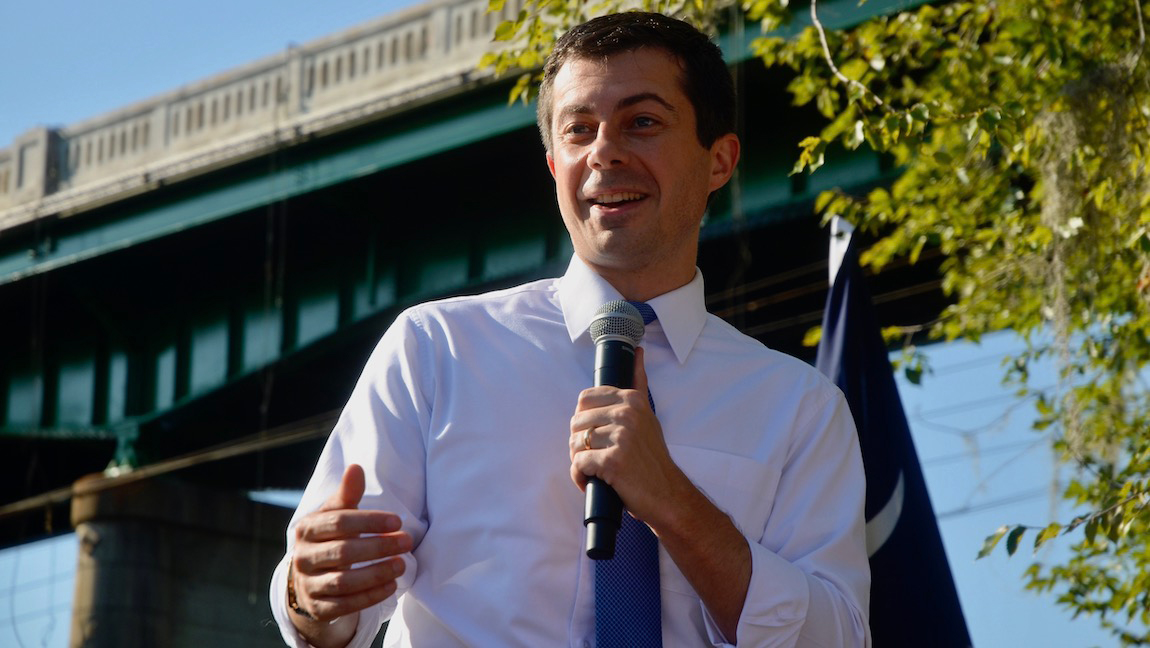