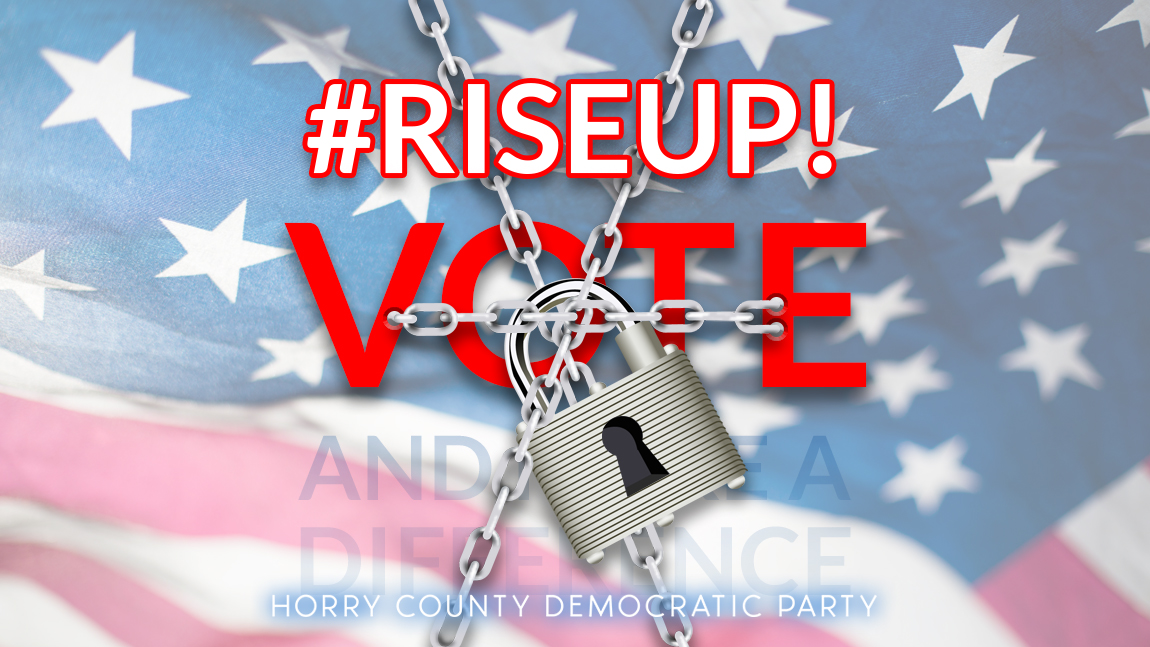 Clearly, Republicans are determined to make it as hard as possible for people to vote, especially those who they believe are more likely to support Democratic candidates.

Senate Republicans have now blocked action for the third time this year on voting rights legislation, hoping to kill the Freedom to Vote Act developed by Democrats to counter imposition of new voting restrictions in GOP states. Those restrictions respond to Donald Trump’s “Big Lie” that the 2020 election was “stolen” from him.

Every Republican in the Senate – including Sens. Tim Scott and Lindsey Graham of South Carolina — voted against bringing the Freedom to Vote Act to the floor vote a vote, while all 50 Democrats and independents voted in favor. That left Democrats 10 votes short of the 60 needed to overcome a Republican filibuster.

President Biden, who previously had resisted changing the filibuster, at a CNN town hall backed “fundamentally” changing it, raising hopes that he will encourage Democratic senators to support reform. Sen. Joe Manchin (D-WV) is the most publicized Democratic opponent of that change, but there are others who have expressed concern.

The Freedom to Vote Act would set federal standards for early and mail-in voting and make Election Day a national holiday so working people could more easily get to the polls. It would improve access to voting by people with disabilities and promote a national standard for states that have an identification requirement for in-person voting, allowing the use of a variety of forms of ID. That provision was added to win Manchin’s support.

The Brennan Center for Justice provides this summary of other key provisions of the Freedom to Vote Act:

To understand Republican opposition to these reforms, we should recall something Donald Trump said in May 2020: Republicans would “never” be elected again if it was easier to vote.

In fact, that view really is nothing new for many Republicans.

“I don’t want everybody to vote,” Paul Weyrich, an influential conservative activist, said in 1980. “As a matter of fact, our leverage in the elections quite candidly goes up as the voting populace goes down.”

It’s time to end this cynical view of the election process. Voting is a precious, inalienable right that must be protected, regardless. Donald Trump has been trying to take that right away as is evidenced by the January 6th insurrection.

Trump lost the election. America’s voters must not be made to pay the price for years to come.

So, act now – share this with your friends, neighbors and family and get involved. Join the many HCDP volunteers who are working to spread the word. And please donate to our #RISEUP! Campaign. You can donate online or mail a check to the Horry County Democratic Party, P.O. Box 51522, Myrtle Beach, SC 29579.

The time to act is now.