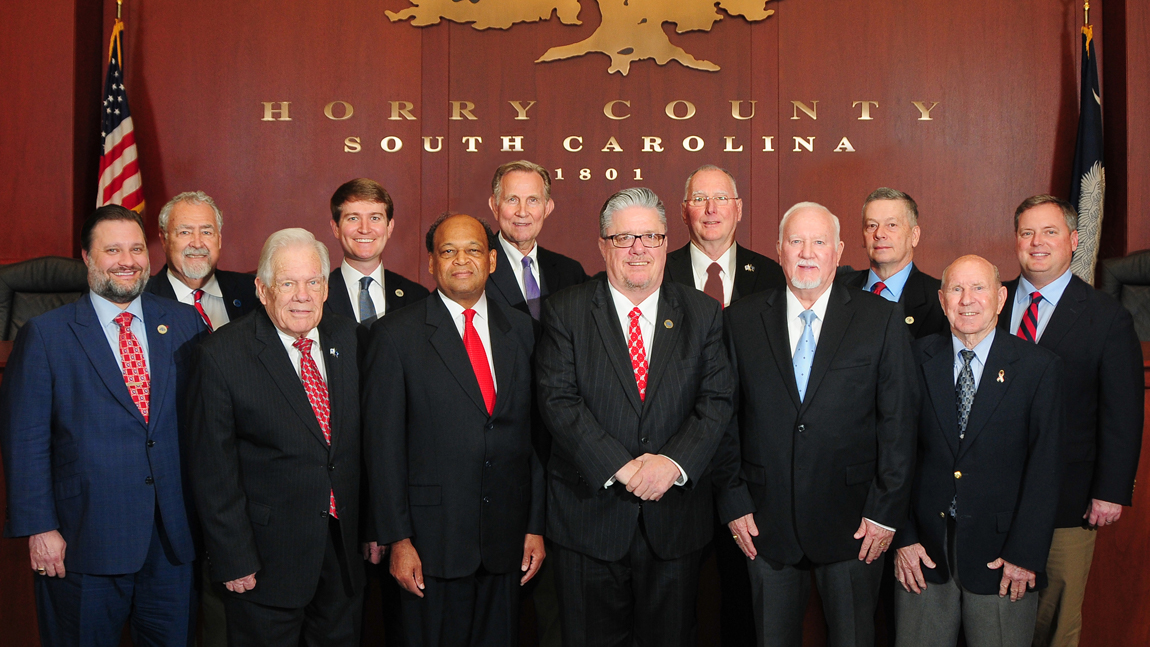 Bringing It All Back Home

Amid the political furor that besieged the United States in the 2020 election cycle, it’s easy to understand why Horry County voters focused most of their attention on the two biggest contests in South Carolina: Trump/Biden and Graham/Harrison.

For months, ads touting these four candidates saturated social media, cable, and radio. Everything from televised debates to dark web propaganda posts conditioned voters into thinking these two races were the most important in their lifetime. It seemed that both the nation’s and state’s very existence depended on the outcome.

But as former House Speaker Tip O’Neill supposedly said years ago, “all politics is local.” Assuming this bon mot is true, all Horry County Democrats may wish to reconsider the potential influence of recent federal and to some extent state elections on daily life in Horry County.

In other words, insofar as Horry County Democrats were engrossed in the prime-time spectacle of presidential and senatorial rancor, we neglected a troubling political situation in our own backyard.

What the President or one of the two South Carolina U.S. Senators does in Washington or Columbia doesn’t necessarily affect us as much as what the twelve members of the Horry County Council (HCC) in Conway do twice a month throughout the year.

Which is why Horry County Democrats must not revel in Joe Biden’s victory or mourn over Jamie Harrison’s defeat. Instead, we must concentrate on overhauling the ranks of the HCC.

The Horry County Council, which meets at 6:00 p.m. on the first and third Tuesday of every month at the Horry County Government center in Conway, is comprised of one representative from each of the eleven districts in the county, as well as by a “chairman” (currently Johnny Gardner). Length of service is four years.

This adds up to twelve Council members, elected in staggered two-year cycles.

All twelve members are Republicans.

All twelve members are male.

Eleven members are white; one—District 7’s Orton Bellamy, who abandoned the Democratic side in 2018, switching to Republican on his way to defeating the last remaining Democratic representative on the HCC—is African-American.

Horry County is 30% Democrat and 68% Republican.

Transparency, at least, is not a problem. All interested parties may observe Horry County’s exclusively Republican government in action. Minutes of all meetings are posted on the website.

Q: What does the Republican party advocate?

A: An unregulated business and financial sector, assault on the environment, feckless foreign policy, deference to the NRA, tax breaks for the wealthy, repressive and harsh immigration policy, uncurtailed deficit spending, tepid commitment to education, and opposition to universal healthcare—quite a record!

And the vast majority of policies, issues, laws, votes, candidates, and elected officials that have emerged from this platform are presumably supported by the twelve most influential politicians in our neck of the woods and along our stretch of the beach—that is, by the members of our local Horry County Council.

One example from the November meeting offers evidence of the political slant of the HCC on local affairs.

At that meeting, the members debated whether (1) to support a mandate to require the wearing of facemasks in business establishments or merely (2) to encourage said use. Here is the result of their deliberations (page 160 in the minutes):

WHEREAS, while County Council does not find the mandating of face coverings or other protective measures by the public is warranted, more prudently leaving it to the public to properly exercise important and necessary safety measures for themselves and for others living in and visiting our community, it does strongly recommend and urge all people to exercise those safety measures.

Other items on the table in November and December are stormwater drainage, zoning, an industrial park, and mining permits—local matters, nothing on which Trump or Graham (or Tim Scott) will spend a second.

In sum: the Republican-tinted decisions reached by the twelve members of the Council affect all 367,139 inhabitants of Horry County, as well as those daily being added due to our annual population increase of 3.23%.

Almost as remarkable as the HCC’s 100 percent red roster is that in recent elections their seats have gone uncontested by Democrats. In November, Dennis DiSabato, Gary Loftus, Cam Crawford, Mark Causey, and Danny Hardee, of Districts 3, 4, 6, 9, and 10, respectively, walked away with four more years. Democrats put up no rival candidates. This was a repeat of the 2018 non-race: there was no blue on that ballot either.

Rather than fret over the post-November machinations of lame-duck Donald, with rank deceptions still streaming from his mouth and Twitter-fingers, and his S.C. factotum Lindsey, Democrats in Horry County must focus on the council seats in Districts 1, 2, 5, 7, 8, 11, all six of them up for grabs in 2022.

We need six competent figures—all of whom can articulate the details of the Democratic vision, and all of whom can afford the $638.64 filing fee (offset by a modest annual stipend for the victors)—to take stock of their districts and confront the skewed HCC leadership.

Deadline for filing to run in the November 2022 election is March 2022.

The smoke has cleared in Washington, D.C., and in Columbia, S.C.

Democrats are now free to shift their attention to the schools, roads, culverts, businesses, industries, tax codes, and natural areas of Horry County.

It’s time for Horry County government to mirror the racial, gender, and economic realities of those who live within its borders.

It’s time for Horry County to give voice to progressive citizens capable of challenging the all-red individuals in local government.

It’s time for Horry County Democrats to chip away at the Republican monopoly in Conway.

It’s time for the next phase of Horry County’s political future to begin. 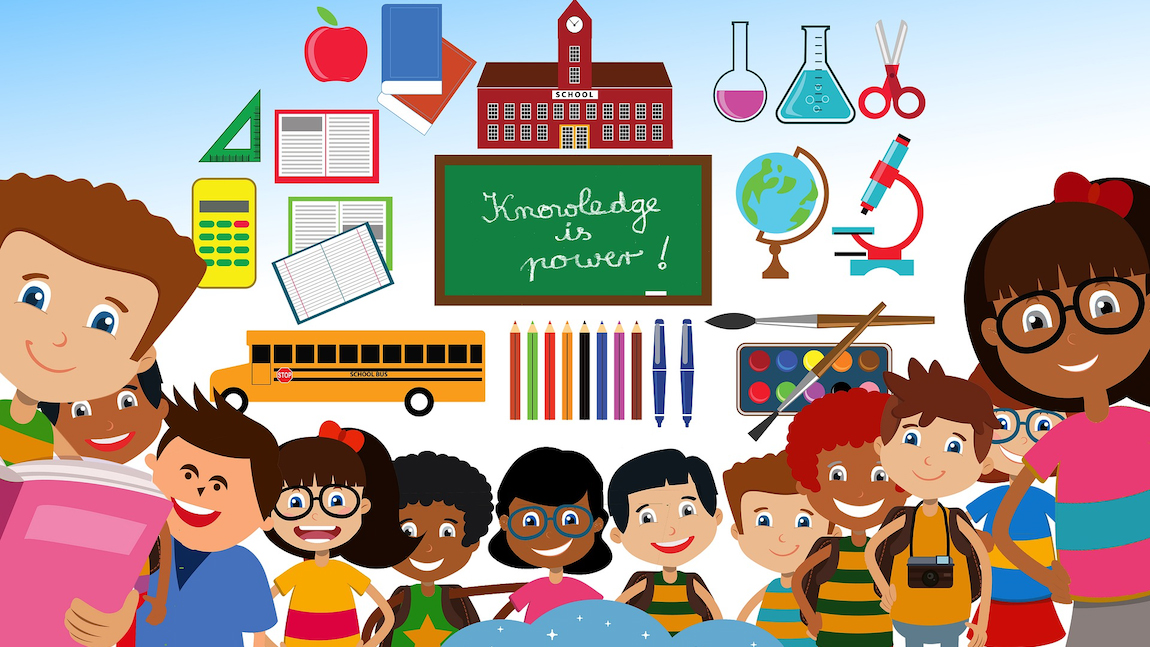 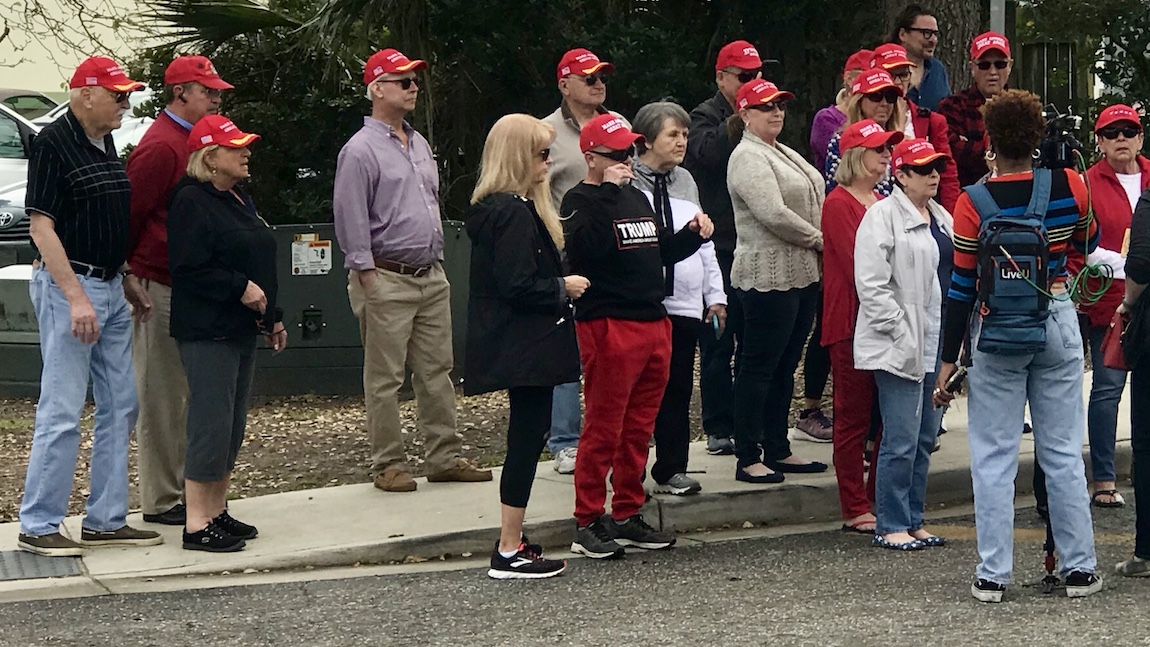