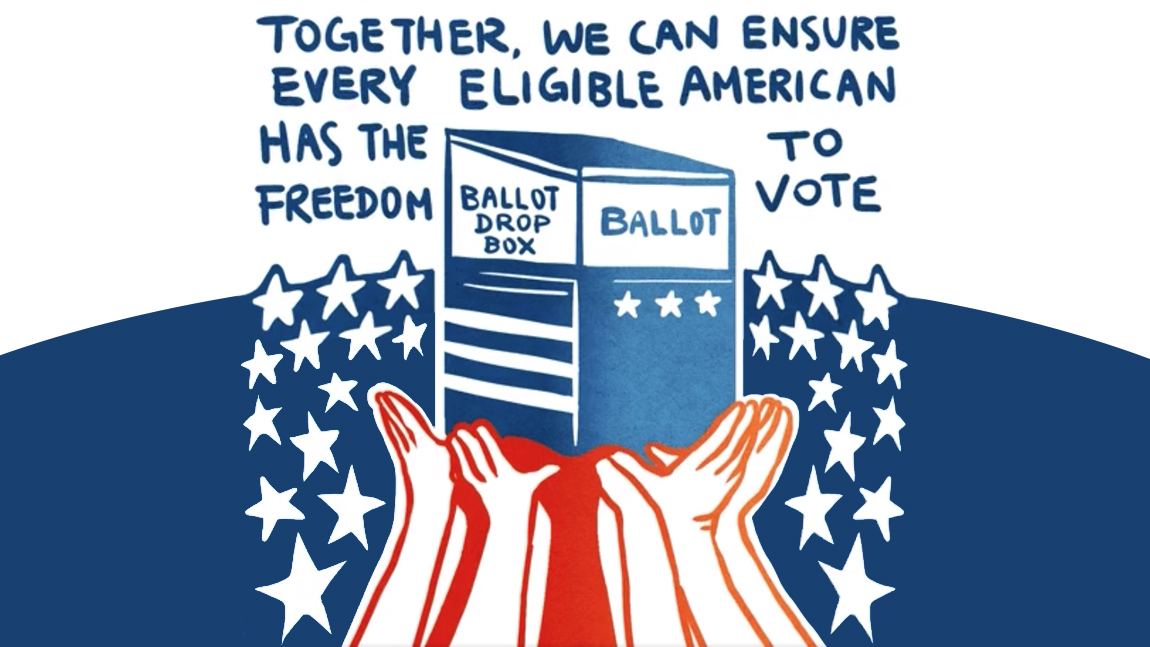 As you all know, our voting rights are under attack as Republicans in state after state endorse Donald Trump’s “Big Lie” that the election was stolen because of mythical voter fraud.

In Congress, Democrats have sponsored S. 1, the For the People Act, which would respond to those restrictive ballot laws passed by GOP-held state legislatures. It would set up automatic voter registration, expand early voting, ensure more transparency in political donations and limit partisan drawing of congressional districts, among other provisions.

But Minority Leader Mitch McConnell (R-KY) is blocking that bill through the filibuster, which requires 60 votes of the 100-member Senate for passage. Democrats hold 50 seats, with Vice President Kamala Harris providing the tie-breaking vote. But to break the filibuster and pass S.1 (or any other meaningful legislation), 10 additional votes are required.

So, it is up to us to put pressure on the Senate to pass this incredibly important bill.

In Georgia, Stacy Abrams has a campaign aimed called ‘Hot Call Summer’ to get Congress to pass the For the People Act. It is one that should be emulated here in Horry County.

The ‘Hot Call Summer’ asks supporters to call their U.S. senators daily, to ensure the protection of voting rights through the passage of the bill, For the People Act. At last count, over 40,000 calls have been made.

Asking senators to pass the For the People Act only takes a few moments by phone.  When you call the Hot Call Summer line, you will be redirected to your senator’s office—easy as pie.

The For the People Act would attempt to increase voter registration and access to the ballot box.  This bill would limit attempts to purge voters from the role and finally address dark money in federal campaigns.

We need to remember that senators are public servants. They work for us. That means if we are dissatisfied with the services they provide, we have a right to voice that opposition. Opposition is incomplete unless paired with action. The Hot Call Summer campaign offers everyone an opportunity to put action behind their words.

Direct numbers to SC Senators are:

A major goal for HCDP in preparation for the critically important 2020 elections is dramatically increasing voter registration. As part of the...