Hold Tom Rice to His Own Standard

South Carolina’s Seventh Congressional District incumbent Tom Rice’s opinion is that federal workers should have more skin in the game. He says their pay should be tied to the performance of the nation’s economy. The congressman is elected, but he’s still a federal employee. What if his performance is tied to District 7’s economy? 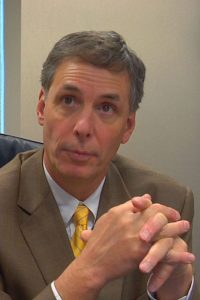 Marion and Marlboro counties still have two of the top five unemployment rates in the state.

If, as he says, jobs are Rice’s number one priority, District 7 unemployment is too high. Nevertheless, Rice will receive his federal paycheck. Another term in the U.S. Congress though, demands a better performance.

Voters in the 7th CD have a choice on November 8. Vote for Mal Hyman.

May is Mental Health Awareness Month