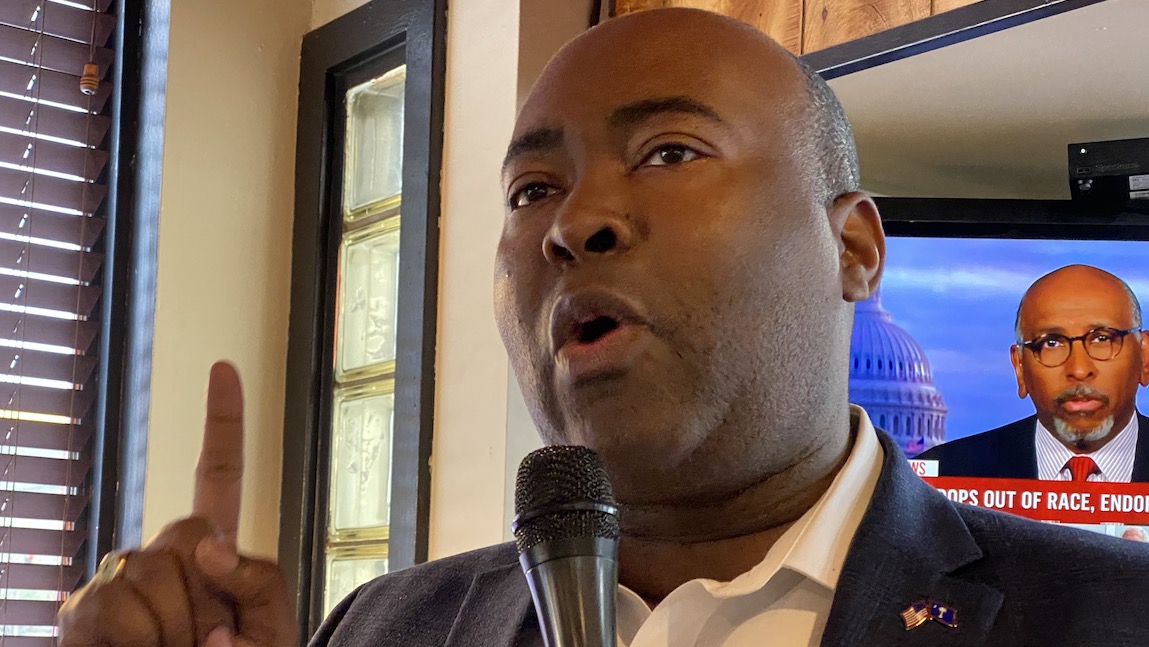 “This campaign is about hope,” declared Harrison, the son of a 16-year-old single mom who quit school to take care of him. “It’s about bringing hope back here to South Carolina. For far too long we have sent to Washington, DC a senator who has just focused on himself instead of the people here in South Carolina.”

Harrison blasted Graham for virtually ignoring the state in time of need, including during hurricanes.

“It is wrong when you have a hurricane like Dorian when many of you had to board up your homes, you had to evacuate into South Carolina because you were afraid of the winds and the flooding and all. When Hurricane Dorian came through here, where do you think Lindsey Graham was?” he asked.

Some in the audience suggested perhaps he was playing golf.

“He wasn’t even in America,” said Harrison, adding that Graham was in Montenegro. “Our own senator, any time a hurricane came up, they would be here digging the sand, trying to fill bags and helping people board up. But this guy does not care about South Carolina. He only cares about Lindsey Graham.”

“What we have to do,” declared Harrison, “is bring hope back to this state. Our state motto is ‘While I breath, I hope’. We have to have hope.”

Harrison pointed out that four rural hospitals in the Palmetto State have closed in the last few years and there are 250,000 people who don’t have healthcare because they live in South Carolina and not in a state where Medicaid was expanded as provided for by the Affordable Care Act. The Republican leadership in the state has rejected that opportunity, leaving thousands of possible Medicaid beneficiaries without coverage.

On issue after issue, said Harrison, the question is “Lindsey Graham, what have you done in order to address these problems?”

Someone in the audience replied, “Nothing.”

“Nothing. That’s exactly right,” Harrison declared. “And that’s why this election is so important. We’ve got to bring hope back here to South Carolina.”

Harrison’s own story is one of hope, of overcoming seemingly insurmountable odds, and achieving success beyond his dreams.

Harrison recounted times growing up when he went to the refrigerator for some milk for his cereal, but there was none. His family simply couldn’t afford it, so he had to use water instead.

“I remember my mom digging into the couch cushion for a quarter, nickel or dime just so my grandfather could get a gallon of gas so he could go to work,” he said.

“We had hard times, but despite all of the hardships there was always hope and their was always opportunity,” Harrison added, noting that he was the first person in his family to go to college – Yale University. He told how he came back home, taught ninth grade social studies at the high school from which he had graduated in Orangeburg.

From there it was work at a non-profit organization in Washington, DC, before accepting a position with Rep. James Clyburn (D-SC), two-time Majority Whip in the House of Representatives. “I worked on his staff to help improve the state that I love so dearly, which is South Carolina. I am grateful that I learned at the knee of such a great statesman,” he said.

Clyburn, of course, is credited with helping former Vice President Joe Biden resoundingly win the presidential Democratic primary with his heartfelt endorsement. It was a victory that helped propel Biden into unexpected victories in many Super Tuesday states and emerge as the front runner in a race that some pundits were writing off just a week before.

“This election,” said Harrison, “is not about Donald Trump. It’s not about the person who will be the Democratic nominee. It’s not about Lindsey Graham. It’s not about me. It’s about the thousands of people across this state who get up every day, turn on their TV, open up their newspapers, turn on the radio and all they hear is hatred, division, and bigotry. Those folks have lost hope, and what our task is today until November is to bring hope back to those communities.” 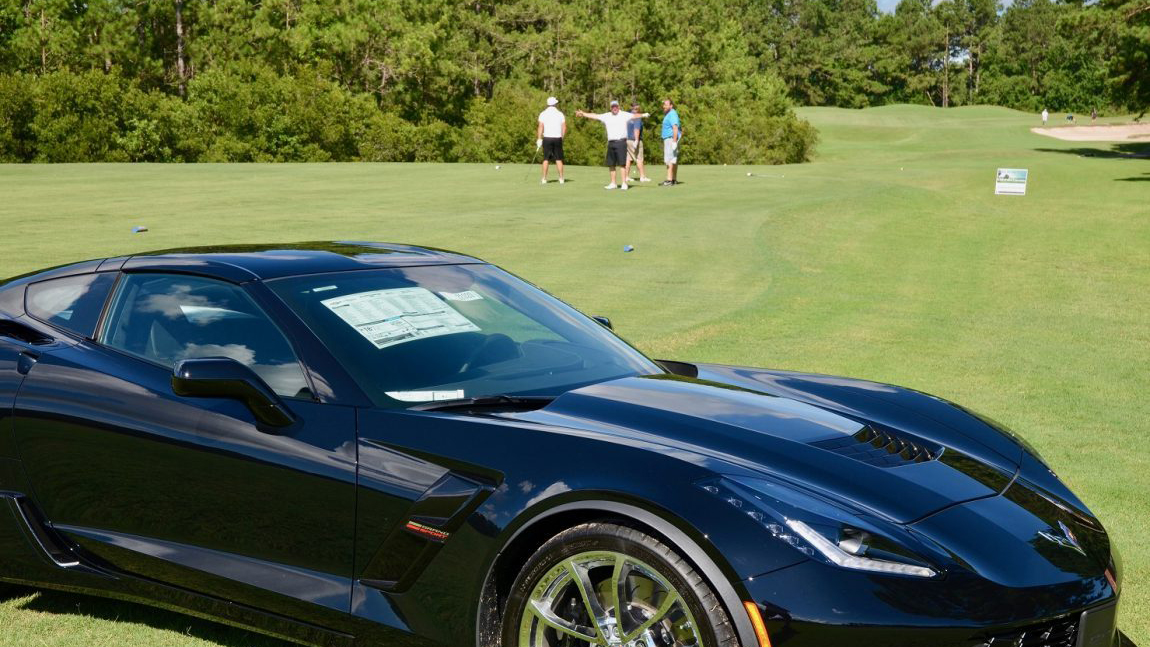 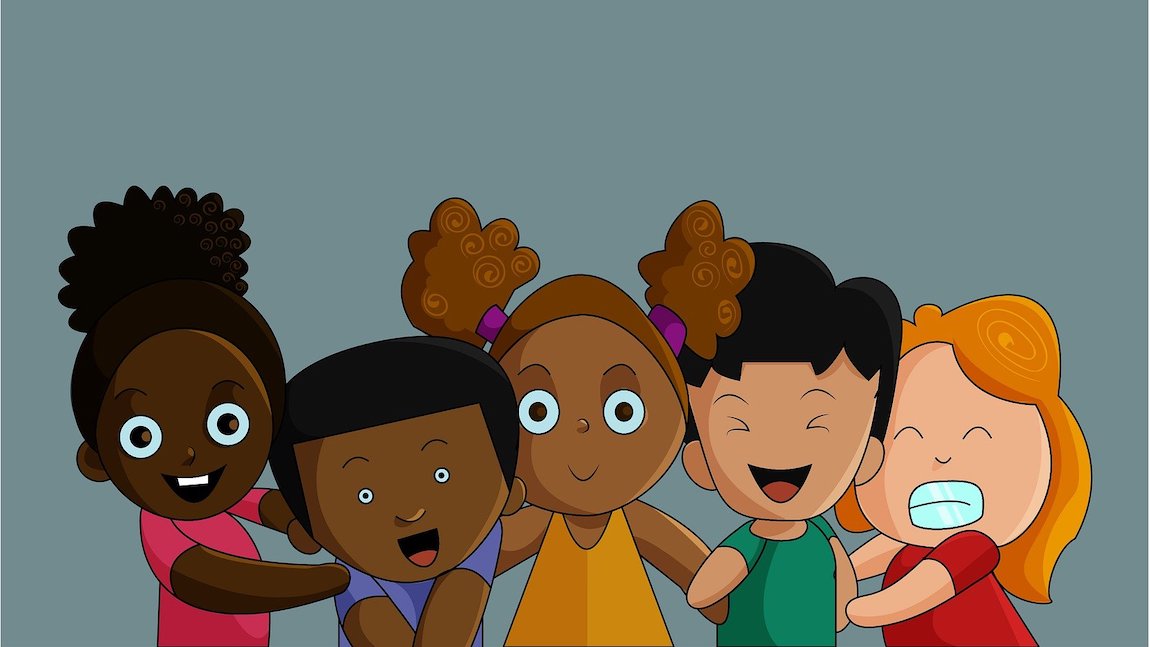