A Texas church, a Pittsburgh synagogue, New Zealand mosques, Christian churches in Sri Lanka and now Chabad in Poway, CA. All have been attacked by haters who believe that others do not have the right to worship as they wish–or even to live. 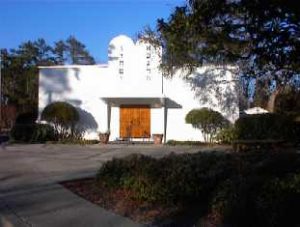 Just a couple of years ago a similar tragedy was averted at my own synagogue in Myrtle Beach, SC, by the actions of law enforcement authorities and the bumbling of the would-be white supremacist attacker.

Hundreds have died due to these haters and this hatred, most recently in Sri Lanka and Poway. They use many labels: white supremacists, anti-Muslim activists, Islamist terrorists, anti-Semites, neo-Nazis, etc. But they all have one thing in common: Only they are the rightful arbiters of society. Only they know what’s right and proper for their own country. Anyone who follows another, but lawful, path is fair game.

In Myrtle Beach, the avowed white supremacist purchased a gun and threatened to attack Temple Emanu-El synagogue. Thankfully, he was unable to pull off the attack he first mentioned online in December 2016. But he made it clear that the Charleston, SC, Emanuel AME church shooter, Dylann Roof, was his role model.

“[I]n my heart I reckon I got a little bit of hatred,” he said in a recording with an FBI agent. (The would-be killer’s name is not being used here to avoid giving him further publicity.) Only an FBI sting that ended in a 33-month sentence stopped this now-32 year old man from murdering people as they worshipped in the long-established Myrtle Beach synagogue.

A “little bit of hatred?” I’d call that a lot of hatred.

Having been sentenced for illegally purchasing a handgun as a felon, he will soon be out of prison, back in the community and perhaps further radicalized. After all, he learned his white supremacist credo during an earlier prison sentence.

While this event cost the synagogue’s congregation tens of thousands of dollars to increase security, including an armed guard at all services, perhaps the largest cost was the loss of a sense of safety in their religious home of more than 50 years. Other synagogues in the area have also taken precautions.

Now the congregation of the Poway Chabad will face the same issues, plus the loss of a beloved member and permanent maiming of their rabbi. There are some differences in the shooters, but not much. The shooter in Poway had not been in trouble with the law before. But both shooters had mentioned their white supremacist credos and their plans online. The FBI received a report about the Poway shooter the same day he killed a member of Chabad, but not in time to identify him or stop him.

Synagogues and mosques are not the only places of worship that must take precautions. On South Carolina’s Grand Strand, ushers at one well-known and long-established church in the middle of Myrtle Beach check purses, backpacks and other items as people enter, according to a lifelong member there.

Now we have a man in the White House who stirs up hatred and a sense of entitlement to act on hatred. That must stop. We as a country must change. The world must change.

One of those changes is sensible, responsible gun legislation that closes background check loopholes, among other things. We must also find a way to determine who should not own guns before they use them to kill and then prevent them from buying guns. Contrary to popular belief, most recent mass shootings were committed with legally purchased guns. The old saw that criminals will always find guns just doesn’t apply here.

It’s time to Take a Stand against hate.