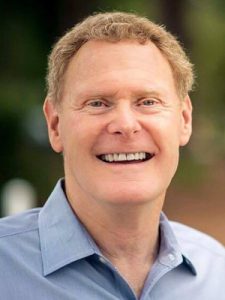 The office of Hyman for Congress recently issued the following press release:

If you are concerned about the dysfunction in Washington D.C., the best way to resist is to elect different representation. Mal Hyman has announced his intention to run for the congressional seat in South Carolina District 7. It is his goal to build on the momentum in the progressive South and make sure the interests of all people are being served.

Mr. Hyman has lived in South Carolina for 30 years and spent that time as a sociology and political science professor at Coker College, as well as an economics and government teacher at the South Carolina Governor’s School for Science and Math. He is passionate about research and evidence-based solutions being the cornerstones for everything from foreign policy to public education to environmental preservation.

Mal Hyman would like to hear from you. If you would like to get to know him, ask him questions, and express your concerns and ideas that you feel have thus far been unheard, he is ready to listen. The 7th District deserves a representative whose main objective isn’t extending his own political career. In that spirit, Mal would be honored to visit your church, civic group, volunteer organization, or any gathering of individuals in the 7th District who are interested in speaking directly to their next representative and knowing they will have an advocate and ally in D.C.

In contrast, Tom Rice set aside exactly 18 hours in June to allow constituents to visit the local mobile offices and voice their concerns. Mal Hyman believes that constituents deserve to be heard and have their specific concerns addressed. Despite outcry and unpopularity, Rice is showing no signs of heeding the concerns of the people of South Carolina when it comes to healthcare, education, climate change, public education, or violence against women, among other issues. Rice has proven over and over again that he does not represent the voices of the 7th District. Mal Hyman would like the chance to show you that he shares your values and isn’t influenced by the lobbyists and big money that have plagued his opponent.

If you would like to schedule a meeting, please contact Ashlyn Preaux, Horry County Organizational Manager for the Hyman For Congress campaign, at (412)925-7269.

HCDP welcomes news releases and pertinent information from South Carolina Democratic candidates for election who have announced their confirmed candidacy and intention to run in a primary or upcoming election to office at any level. HCDP reserves the right to publish such information as space and time permits and at the discretion of the HCDP Chair.